I mentioned to you guys on Wednesday that my draft strategy heading into my first Gauntlet draft was to go after teams that have the easiest schedules in the NFL and then put a value on those teams by what Vegas has set their win totals. The draft, held by Screencaps reader Michael J. via a Yahoo salary cap draft room, was set with a $100 limit. My goal was to go big on three teams and then hope to slide in a sleeper with the leftovers.

Here’s how I ended up with my picks in order of how they were made:

The Cowboys come into the 2021 season with the 31st hardest strength of schedule based on 2020 standings. Yes, I got caught trying to drive up the price and had the ‘Boys dropped into my lap at $39. I most likely overpaid considering Michael J. got the Chiefs at $40.

The only team on my roster facing a strength of schedule over .500 is Seattle, but I had no choice but to grab them late at $20. Now, two guys said there was some sort of glitch that wouldn’t allow them to bid, but they were the only guys to complain so I don’t feel guilty getting Russ at just $20.

The Chargers pick was early and they’ll face a schedule checking in at a .493 winning percentage. Then there’s the Giants at $3 (.474) and they’ll guarantee me at least two wins since they’ll face the Cowboys.

The Seahawks were my last pick and since it cost me just $20, I was left with $8 that was unspent out of my original $100.

Will this four-pack result in winning the pot? Probably not, but at least I don’t have to change my roster on a weekly basis. I’m riding or dying with these four and that will be that. Now I just need the Giants to come out of nowhere and win 14 games.

“I clearly screwed myself by trying to drive up the price of Houston,” Michael J. told me. “Otherwise my strategy was to sit back and let others fight.  By the time I took KC. I got them for just $40. Which seems really good.  Atlanta was a steal at 11 imho. Then it was just about trying to nab Cleveland or Green Bay with the rest of my money.  At that point, only one other person had money left.  I really didn’t want to spend a lot early.”

The beauty of this is that anything can happen. It’s time to sit back and relax.

• Nick S., the Georgia fan who sorta came up with the concept of Thursday Night Mowing League for me, begged me to do a fan-driven Top 25 poll like I used to do before joining OutKick. I don’t have the time to keep track of 40 guys sending me their Top 25 polls, so I let Nick make this week’s Screencaps Top 25.

The first thing that jumps out at me is that he doesn’t punish Clemson for its performance against the Dawgs. Other than that, it’s a Top 25 poll. I don’t get too emotional about these things like in my younger days. Do you want to be in charge of the Week 2 poll? Are you objective? Let me know if you’re in: joekinsey@gmail.com•

• Beau in Toledo is all about murdering pests these days. He titled his latest email “Who Wants To Be A Mass Killer??” Now I really need to have a beer with this guy. Just think of where the conversation will go!

Yeah, the subject line might get me a visit from the government alphabet mafia, so let me be clear:
I’M TALKING LAWN-KILLING BUGS!!
https://morningchores.com/armyworms/#:~:text=Armyworms%20are%20destructive%20pests%20that%20eat%20grass%2C%20vegetables%2C,Healthy%20garden%20cond
I did a little research on the Why’s and How’s (7 inches of rain in July recorded on my backyard gauge didn’t help) and thought I’d share.  Of course, that was after I went to Lambertville Hardware and bought 2 bottles of Ortho BugClear; it pretty much covers anything.  Gonna grab a DaddyPop and go spray the lawn, since these green grass-killing terrorists feed late in the day, and with any luck, kill some of their eggs in the process.
Hope this info helps League Members!

• I’m starting to get the impression Screencaps is huge with Texas A&M fans. Bob C. checks in today with a shot from Saturday’s game against Kent State. At this rate, A&M fans are going to force my hand and make me get down there for the Alabama game.

Bob, what’s on the menu for the Alabama game? I might stop by. 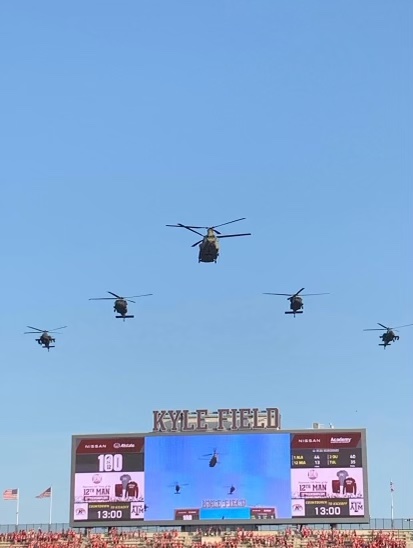 • Chris B. in Texas saw Pete G questioning Screencaps readers about the age of their fantasy leagues and writes:

Pete in AZ has us beat at 33 years.  He was a pioneer, and wow I can’t imagine a 16-team league.  I started our 12 team league shortly after the Oilers left Houston.  We didn’t have an NFL team anymore, so we started playing fantasy football.  I am pretty sure our first year was 1997 so I think this is our 24th year.  Years prior to that my roommates played in a league that was scored manually out of the newspaper.  We started our Pay Dirt Fantasy Football League when software became available to enter rosters and download the stats/scores via dial up internet.  We would print the results from the software, then fax it to everybody’s office on a roll paper fax machine.  We have a team called the F**ksticks, and that offended someone at one of the offices so we had to use a sharpie and cross out their name every time.

To draft, we used to all sit together with a keg and draft using printed cheat sheets out of magazines.  It was a shit show.  We still pound beers, and a few shots, but we are much tamer now that we’re in our early 50s.  Many of the franchise owners are still in Houston, but we also have guys in Austin, Denver, Steamboat, Harlingen, Liberty Hill & Midland.

• Chris B. also sent in a pic of what he was drinking for his fantasy draft: 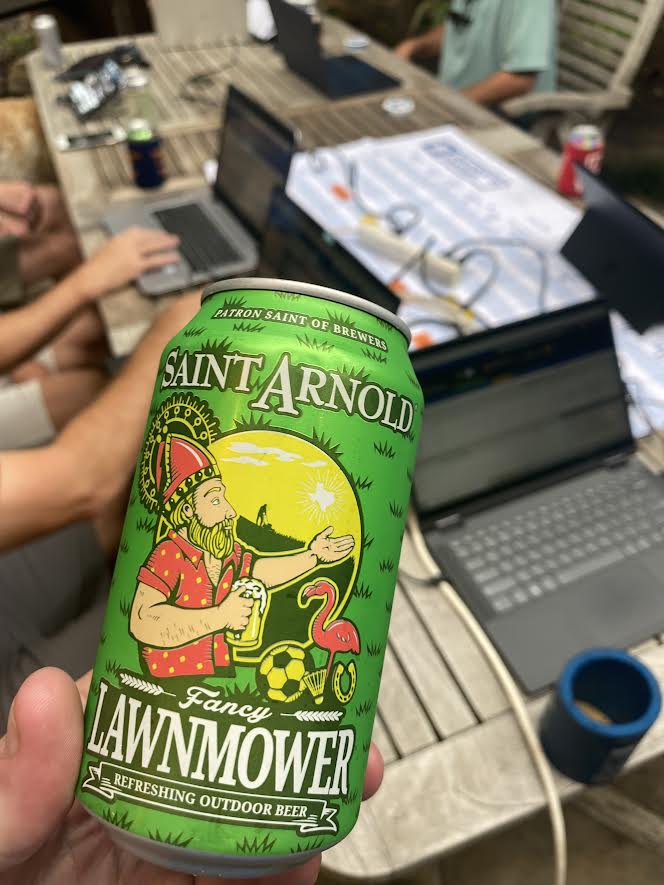 Joe, love the caps but need a TNML ruling. I live in a 1970’s burb in central IN. I’ve got a good size lot, many twists and turns, ditch in front along the road , pool in the back, fencing, trampoline, etc. I’ve got a lot of finishing work with the push mower and weed whacker after running the tractor. I’ve got an hour commute to work and 3 daughters. Time is super valuable to me once I’m home. I can run a traditional spiral pattern outside-to-in and finish everything up in about 90 minutes. I can take the extra time to stripe the yard, running perpendicular to the ditch and the road, take extra care around the landscape. It looks great especially when the yard is not half burnt out. I can get this done in 2 hours. What is the balance between time and stripes? Also, what should expectations be outside the fence line along an open field? I keep about a 3 strip path mowed but only hit it about every other mow. Thanks

Commish ruling: I’m not the one to ask about stripes. One thing I noticed about Dan’s email is that it sounds like there’s a time crunch now that we’re losing daylight and the schedule tightens up with kids in school. My advice is to ditch the stripes. That’s right, no stripes. It’s September. Get the cut in, spend time with the daughters and chalk it up to a change of seasons. Guys, we’re against the clock this time of year. I saw that here in NW Ohio sunset has dropped below 8 p.m. and it won’t get above 8 p.m. until April. It’s time to dial back expectations. You won’t lose league points. It’s about production at this point. Get the mow in and be proud of being a good dad. 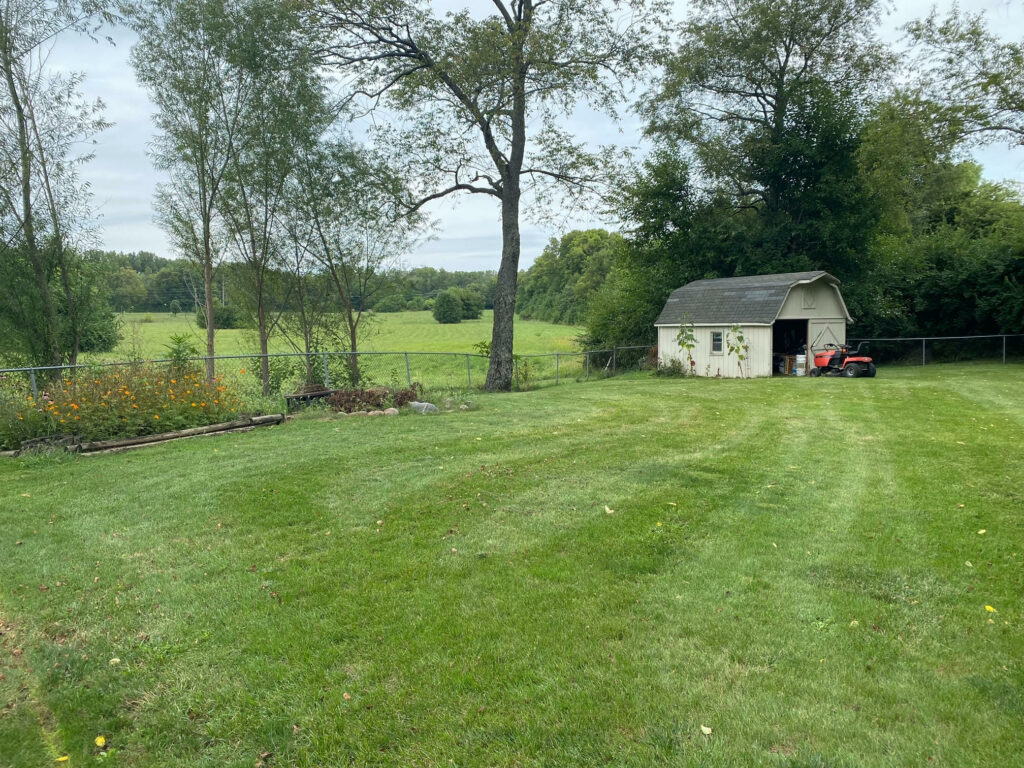 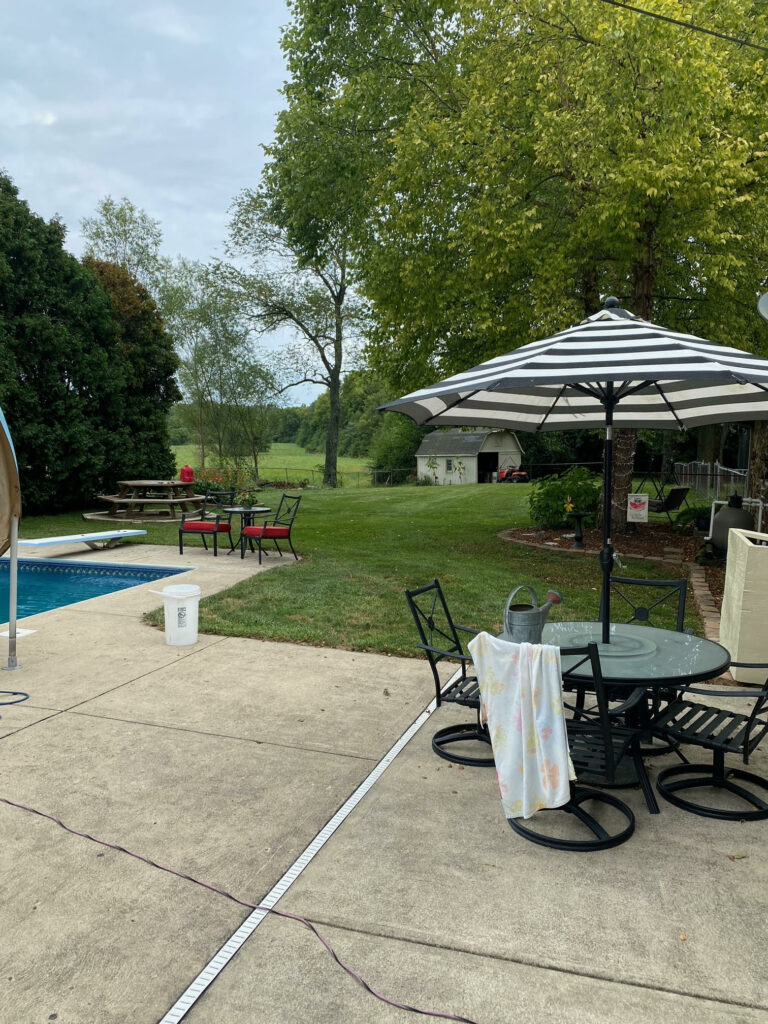 Thank you to the baseball writers, all but one of you, who voted for me. -Derek Jeter pic.twitter.com/zBYQijriFG

So good to have the NFL back in our lives. Cherish it. pic.twitter.com/vQEoDWWosV

For this #TexasAM fan, playing #Texas again would be like marrying his ‘hoar’ ex-wife. #GigEm #HookEm pic.twitter.com/3HF8DpAJNe

Karen didn’t have a good time in Blacksburg. pic.twitter.com/1lLPWy97tg

Damn, didn’t have to go that hard on em. #RollTide pic.twitter.com/In5sbfXSPZ

The endgame to the Bishop Sycamore saga is here.

I had to check multiple times to make sure this wasn’t parody pic.twitter.com/lkHdU5dkz8

Heartwarming to see some of our favorite weird Vegas things again @mstreetcasino. pic.twitter.com/QKvgGsbL4M

Louisville CBP seized a shipment from Hong Kong containing 28 counterfeit designer watches. The shipment was heading to a residence in Pittsburgh. If these were real, they would have a MSRP of $2.17M. A Centers for Excellence & Expertise specialist determined these to be fake. pic.twitter.com/af94fHEdVJ

A post shared by People Of The Track (@peopleofthetrack)

A post shared by People Of The Track (@peopleofthetrack)