During the pandemic, as all sports were shut down, it was pretty much just pro wrestling and UFC running events. However, when Dana White’s promotion was shut down from running an event in California, the gears in his mind started spinning about operating a ‘Fight Island’ offshore where he would be unencumbered by any future pesky government regulations.

Appearing on the Jake Asman Show on SB Nation Radio, White said that the first UFC event on Fight Island is actually on track to happen later this month:

What is the latest with #UFC's Fight Island?

Dana White dropped some news on the @JakeAsmanShow about when we might see some fights take place there… pic.twitter.com/D1Sl1xc6K5

“The first fight is probably going to be June 27th — in that ballpark,” White said. “In the next week or so I’ll start putting out some images of the infrastructure on Fight Island. It’s an enclosed arena for us to hold these fights. We have a training facility. We’re still following all the protocol of Covid-19. Social distancing, keeping people away from each other — the big problem with Fight Island is I think the fantasies that people have of Fight Island will probably eclipse the reality of Fight Island.”

Wherever you stand on your opinion of White, you’ve gotta admit that it’s pretty impressive he will have this infrastructure up and running this fast. 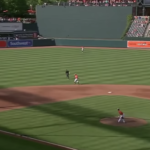 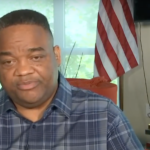