After a 23-16 loss to the Panthers on Sunday, the firing of Dan Quinn by the Atlanta Falcons is “all but finalized,” according to Jeff Schultz of The Athletic:

The Falcons' firing of Dan Quinn has been all but finalized and an announcement could come Monday or Tuesday, a source told @TheAthletic. The Falcons have started 0-5 for the first time since 1997 and Quinn is 14-23 since 2018. @TheAthleticNFL

This is hardly a surprise. The Falcons have started 0-5, and Quinn was already on the hot seat at the start of the season. Since blowing the 28-3 lead to the Patriots, the Falcons went 7-9 each of the past two years before their disastrous 2020.

The question from here is whether owner Arthur Blank will retain GM Thomas Dimitroff, or if there will be a full cleaning of the house.

This past week, when we were already presuming Quinn would be out, we ranked the four likely destinations for prospective head coaching candidates in the Texans, Falcons, Jets, and Lions. 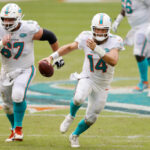 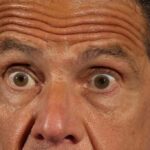