Football fans thought they were done hearing Tom Brady’s name in discussions about the best current NFL quarterbacks. It had been about a year since he’d been mentioned, but this morning, ESPN’s Dan Orlovsky ruined the streak.

Orlovsky not only put Brady’s name back into the mix, he said when protected, he is No. 1:

The case for Brady being the NFL's best QB ⁦@danorlovsky7⁩ 👍 #TomBrady https://t.co/TgbAU81emM

Despite having the worst suit color on the Get Up set, Orlovsky knows his stuff, and his statement is more football nerd guy take than hot take.

For context, which a 280-character limit doesn’t allow, Orlovsky said Brady is the best QB in the NFL, as long as he’s protected. That’s not the same as saying he’s the best quarterback.

Over the past two weeks, Brady has been protected and phenomenal — showing flashes of the old Tom Brady.

After a slow start to the season and a lot of injuries at skill positions, Brady is now a strong MVP candidate.

That said, I’m still taking Russell Wilson over a protected Brady. Give me Wilson, protected or not.

Aaron Rodgers has always been a better player than Brady. In spite of his putrid performance against the Bucs, Rodgers is the most talented player in football.

Mahomes hasn’t been nearly as spectacular as years past, but he can still make some impressive plays.

After Wilson, Rodgers, and Mahomes is the latest version of Tom Brady — a shocking development since he looked finished at the end of last season. 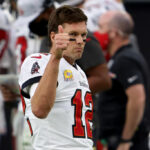 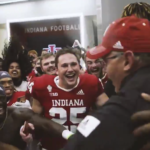