A Forbes.com report posted Tuesday states that Dan Bilzerian’s CBD company, Ignite International, lost $50 million in 2019 and managed to do that after going public on the Canadian Stock Exchange on February 28, 2019. That’s right, Bilzerian’s company blazed through some serious cash over 10 months. $22.26 million was budgeted for “marketing and promotion” of Ignite.

Ignite wrote in its annual report that they’ll need more of investor money to keep going.

“The Company will need to raise capital in order to fund its operations and continue its existing and prospective expansion into strategic markets. This need may be adversely impacted by uncertain capital market conditions, including those created by the COVID—19 pandemic, an inability to secure strategic partnerships in key markets, and an unfavorable perception of the IGNITE brand,” wrote the company’s Board of Directors, before warning investors that the whole thing might be ready to self-immolate.

Ignite stock, which trades under BILZF closed at 0.66 Wednesday, dropping 13% a day after the story was posted. According to the Forbes report, an auditor expects the company to fail. It’s pretty sobering news to say the least for the Instagram mogul who rarely fails to flaunt his money. Ignite is also being sued by its former president, Curtis Heffernan, who says he was fired for not approving of Bilzerian’s extravagant spending that included “$15,000 for a ping pong table, $40,000 for a rock-climbing wall and $130,340 on a Bahamian photo shoot.” TMZ reports Heffernan also claims there was $75,000 spent on a paintball field, “$40k on a rock climbing wall, $60k on a ‘Star Wars’ gun set, $31k on pool renovations, $50k on a bed frame, $15k on a ping pong table and $88k on a vault.”

Bloomberg, citing an auditor’s report, reports there have been some unusual purchases by the company:

A June report by the company’s auditors flagged expenses that were unusually large or appeared to be personal in nature, including an Ignite payment of 50% of 703,000 euros ($793,000) for a yacht rental, 102,000 pounds ($128,000) for a two-night stay in London and Instacart deliveries of razors, trash bags and laundry detergent, according to the lawsuit.

Anyway, it brings me to how Dan’s handling this Forbes report. That’s right, he’s on a massive yacht in Croatia with a bunch of his Ignite models, according to a Croatian media report. Maybe Dan used money he’s been saving over the years for a few days on the yacht. Maybe it’s his super wealthy father’s money. No way he’d be spending Ignite money on this with the media hot on his trail with that auditor’s report, right?

Here I am with girls in the snow 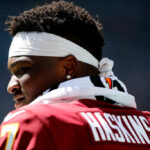 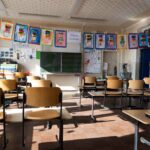