Dallas restaurant owner Kevin Kelley hit his breaking point. He is officially fed up with women thinking they can twerk on the furniture at his place, TRUE Kitchen + Kocktails, that opened five months ago. A video of Kelley lecturing his customers about behavior inside his restaurant has started making the rounds. In it, Kelley, a black man, tells black ladies he’s done with the twerking nonsense.

“If you want to do it, get the f— out of my restaurant,” Kelley says to the audible gasps of ladies who clearly have never been told to act like ladies in a fine establishment. It took very little time for the Social Justice Warrior community to come to the defense of the women twerking on Kelley’s furniture while he attempts to run a restaurant.

The SJWs even have talking points they’re using to attack Kelley. Look at No. 1 on this list….LOLOLOLOLOL:

The SJWs claim the song being played that caused the twerking was Lil Ronny MothaF’s twerk hit “Throw that ass in a circle,” which apparently leaves the ladies no choice but to throw their asses in a circle. Seriously.

Kelley fired back, saying pretty much what logical parents would tell their kids.

“There were three tables that had been spoken to about twerking. They were approached very politely less than 10 minutes before,” Kelley wrote on Instagram. “Despite this, the last young woman decided to stand in our booth seats, place her hands against the glass windows and start twerking on the glass.

“Enough was enough for not only that lady but for that three tables of women who were the only ones in our restaurant to act this way. As for the music, we created TRUE for it to be a place music could be enjoyed while we sit and eat. No song played is an excuse to stand on our furniture and do what this lady did.

“There are places for this and TRUE is not one. As for my delivery, I can assure you I was a gentleman earlier but my nice words weren’t respected. TRUE will be for some and not all and this is ok.”

Good luck to Kevin Kelley. His Yelp page is now under surveillance, as the SJWs are launching attacks from multiple positions. The guy opens a restaurant during COVID, and now he has to battle a virus and twerkers who won’t listen to directions. No clue how he does it.

The excuses are that if a restaurant doesn't want patrons to hop on furniture and twerk against the walls then they shouldn't serve alcohol or play music.

That is actually being said… by adults. 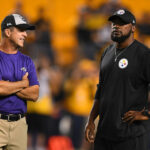 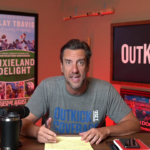