What Dak Prescott did was strong, not weak. What he did was lead, not follow. Help, not hurt.

Look, Skip Bayless said something dumb on his TV show Thursday, criticizing Prescott, the Dallas Cowboys quarterback, for sharing details of his mental health struggles the past few months. Prescott said he suffered anxiety and depression from life’s changes during the pandemic. And then his brother committed suicide, and Prescott’s struggles deepened.

He couldn’t bring himself to work out. He went to a sports psychologist.

And Bayless, on his show “Undisputed’’ on FoxSports1, said he had compassion for clinical depression but as a quarterback, Prescott is in “the ultimate leadership position in sports. Am I right about that? You are commanding an entire franchise. And they’re all looking to you to be their CEO, to be in charge of a football team.

“Because of all that, I don’t have sympathy for him going public with `I got depressed and I suffered depression early in COVID . . .’ ’’

That explosion you heard was Twitter blowing up. But don’t be too focused on Bayless here. Sure, he’s out of touch and out of date. It’s his schtick to say stuff like that. He isn’t trying to be relevant but instead to get people worked up on social media in their big groups of fake friends. He stayed in his lane. It isn’t fireable.

But there’s something important here. Prescott is the real story.

A big, strong football player who almost surely was brought up in a football culture telling you that mental struggles are weakness. He redefined leadership to his teammates. Lead, not follow. In his very public position of quarterback of America’s team, he shared personal experience when a lot of people are suffering in a similar way for the first time in their lives, too.

If people are suffering, so are athletes, who, actually, are people, too.

“Mental toughness is defined differently than it used to be,’’ Dr. Joel Fish, sports psychologist and licensed psychologist, told me on the phone Thursday evening. Fish is the director of the Center for Sport Psychology in Philadelphia and has worked with athletes for 25 years.

“Twenty, 30 years ago it was `Keep a stiff upper lip, don’t let `em see you sweat, nothing gets to me.’ Prescott was honest with himself, honest with others: `You’re flesh and blood; I’m flesh and blood. I don’t have this all figured out.’

Fish said he has seen a change now, an advance, where athletes don’t want to be just athletes anymore, but instead they’re people who play sports. People first.

So they talk about social justice, anxiety, depression. That’s strong, not weak.

“And then there are some fans,’’ Fish said, “who don’t want to see them as people. `Don’t bring that into my entertainment.’ ‘’

You saw it Thursday night, when the Chiefs and Texans stood arm-in-arm before the NFL season opener in a moment of unity. Some people booed. That’s who Bayless was playing to.

Prescott originally opened up in an episode of “In Depth with Graham Bensinger,’’ saying, “When you have thoughts that you’ve never had, I think that’s more so than anything a chance to realize it and recognize it, to be vulnerable about it. Talked to my family, talked to the people around me simply as I did at the time. . .I think being open about it and not holding those feelings in was one of the better things for me.’’

We all know people who have had trouble handling the restrictions, and restricted feelings brought on by the pandemic.

I’m going to be real here: In addition to writing for Outkick, I’m also the head tennis coach at Roosevelt University in Chicago. In March after a big win, we were at Disney Village in Orlando — the happiest place on earth? — when we got word that our season was shut down.

At least half a dozen of my players — a third of the team — went through some level of anxiety this summer. So did I.

For me, it felt like claustrophobia for months, like there was no way out. I decided to stop thinking about big things and improve one thing about myself at a time. Simplify. That grew into four hours of exercise a day, writing a letter to myself every morning and deleting it slowly as the day went on, picking one tiny part of my tennis game and spending 30 minutes — and no more — a day on it, wearing a cross, getting out in the sun.

Some of my players said they were spending their days alone in their rooms, or sleeping all day, waking up for lunch, going back to bed, maybe watching some Netflix. Some were angry.

Were they really looking for me to be a CEO to them? I told them what I had done and how I had felt, suggested they find one thing each day to get out of their rooms. Twenty minutes of yoga. Fifteen minutes hitting serves. Ride a bike. Read a poem. Anything.

It seemed to help. And they gave back, too. Would Skip have told me that was a lack of leadership?

You have to do things your own way, I guess. In response to the criticism, Prescott said he felt it was important to share what he did. He hoped it saved lives.

For sure what he did was help, not hurt. 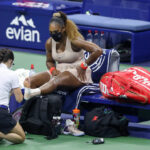 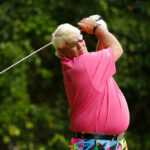