Bickley explains how the show came about, the show’s early success, behind-the-scenes chatter, and areas in which the Daily Wire plans to expand.

Bobby Burack: How did this podcast idea come about? John, I’m surprised somebody didn’t do this sooner.

As someone who covers podcasting and numbers, these quick, daily podcasts have been atop the charts for years now. And each one has the same ideology, the same guests, and the same viewpoints. There was a demand for an alternative to The Daily.

What took so long?

We’ve been thinking about this for at least two years. We looked heavily at doing this, we saw the same trends you saw. We saw a niche there, where there’s a real need.

A lot of people just can’t bring themselves to listen to NPR anymore. They want somewhere that they can get straight news that you can’t get anywhere else.

There’s a lot of people, particularly on the center-right, that feel like they are neglected by the news industry.

A lot of people just want an efficient delivery of the news of the day, in a way that respects their time. That’s been the secret to those other shows. They’ve succeeded because they do that pretty well. What they don’t do well is that they are heavy-handed in their bias, particularly leftward bias. We’re trying to fix that.

Bobby, this seemed very obvious, a gap that needed to be filled.

Burack: Whose idea was this show?

Bickley: Before we moved to Nashville, we decided we’re going to launch Morning Wire. Exactly what the Morning Wire was, we weren’t sure.

We started actually bringing folks in to audition. Then we moved from California, which just delayed the process. So we then looked at our internal resources and decided we were finally ready to launch the show.

This show’s birth came from the top-down. CEO, Jeremy Boreing, Ben Shapiro, Caleb Robinson —  they all said we need a morning show. They knew this was going to succeed.

For the last year, we’ve been actively pursuing this exact show. 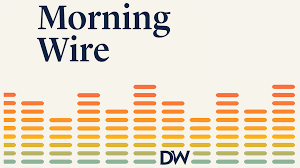 Burack: Do you guys plan to expand the show with an afternoon version for those leaving work? By the time they get out at 5 pm, the news cycle is drastically different than that morning’s.

Bickley: We are already discussing that.

We’re going to do inserts where it’s like, “Hey, breaking news update: here’s what’s going on.”

We want to do special editions, where you might have a lengthy interview on one topic. There’s lots of potential for growth right now. It’s just a matter of getting the system down.

But, yes, we are planning on expanding into the afternoon.

Burack: Looking ahead, a morning podcast was a market demand. On which other demands does the Daily Wire plan to capitalize?

Bickley: We have a major entertainment push that’s going on right now. That’s a huge part of our plans for the future. We have a film coming out. That’s exciting. We have made some recent hires in this space on the content side, as well. Megan Basham is one. She’s on Morning Wire every week. We’ve been working with Christian Toto for a few years. They are great.

Sports is an obvious area that we could also expand in. We love what you guys do at OutKick. We want to do more of that, of course. Joe Morgan is our lead sportswriter — he’s featured on Morning Wire and can bring that side to the conversation.

We plan on producing more content in areas where there’s a need for it. But we have a big push in entertainment right now. That’s a huge focus at the Daily Wire.