Fans will be on the Wrigley Field rooftops tonight when the Cubs hold Opening Day against the Brewers, but the even bigger news Thursday was that the organization is working on a plan to get 6,000-7,000 fans to attend games “midway through this pandemic-shortened season,” according to a report in the Chicago Sun-Times.

It was just a matter of time. As I wrote this week, the Cubs own pretty much all of the rooftops around Wrigley so they’re in effect already allowing fans to attend games, minus entry into the physical ballpark. Now comes the plan for fans to attend a game — socially distanced and ordering food from seats — so the Cubs can run a “test” as they’re calling it. The organization claims this would be a test to see how to run things in 2021 if they’re not allowed to pack the place next season.

Call it what you want, the Cubs need people in that park. Remember how the Cubs went out and built a village around Wrigley? Yeah, they need to pay bills. As of September 2019, Cubs ownership was paying on a $140 million mortgage for the Gallagher Way plaza and Hotel Zachary project.

Now comes the massaging of Chicago Mayor Lori Lightfoot, hence the whole “test” talk. The Cubs say fans would have a specific time to enter and exit the ballpark if they stayed until the last out and people coming as a family would sit together.

I have no idea how the Cubs would handle the last part of that, but that’s not for me to worry about. What’s clear here is that MLB teams will be pushing hard to allow some of you into seats during this shortened season. It’s just a matter of time until it happens. 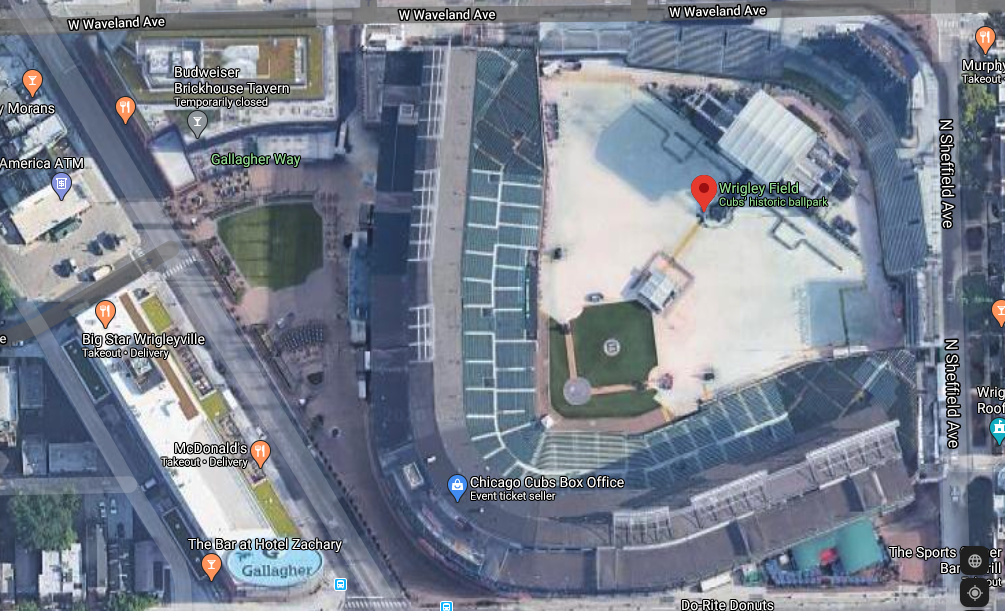