Theo Epstein has become the best example of the value of exit velocity in baseball.

Epstein is the genius who built the longest suffering baseball franchises, the Boston Red Sox and then the Chicago Cubs, into World Series champs. In Chicago, he was ahead of trends by finding guys who scrap to get on base, work long counts and tire out starting pitchers. Recently, he decided he preferred batters for the launch angle and exit velocity of the ball off their bat.

So on Monday, Epstein said basically that he plans to stay on as Cubs president for one more year, set the course for the future, and then leave. And I finally understand the need for exit velocity.

By that, I mean Epstein should exit with a lot more velocity. Like, now. Thanks for coming, Theo. Chicago will build you a statue. Now get out.

“We’ve not performed up to our expectations offensively, especially at the most important times of year,’’ Epstein told reporters. “Simply hoping for a better outcome moving forward doesn’t seem like a thoughtful approach.’’

It took four years to figure that out?

Look, you aren’t grandfathered into sports jobs. It takes one set of skills to build and an entirely different set to maintain. Epstein is a builder.

He was something we hadn’t seen before with the Cubs: someone who knew what he was doing. He is a pioneer of the sport’s excessive analytics. He sold every valuable part as fast as he could and poured that into draft choices and finding values for the future. He was just so focused.

For decades before him, the Cubs were like a summer beer league team, with a bunch of big guys swinging as hard as they can and sometimes hitting the softball a mile. But usually not.

Epstein brought thinking and strategy and professionalism to the act. And in 2016 when the Cubs won the Series, it was just so much fun watching opposing starting pitchers throw their 80th, 90th, 100th pitches before getting out of the 4th inning.

But what happened? Instead of valuing pitch counts and other little things that make a difference, he focused on launch angles. Really? That’s a science?

To me, that’s just why you pick the guy in the mailroom to be on your company softball team. Epstein got too smart for his own good and turned the Cubs back into what they always were..

The Cubs haven’t been the same since they won that Series with a bunch of young guys. This should have been a dynasty. And based around that same core — Kris Bryant, Anthony Rizzo, Kyle Schwarber and Javier Baez, who should all be in their prime now — they can’t get a clutch hit now. It’s not a slump when you haven’t been able to do it for four years.

Epstein hasn’t found the little pieces that make this thing fit together. That’s assuming he’s even looking. Let’s trace this back to Dexter Fowler leaving after the 2016 season. He was a leadoff hitter with speed. And when the Cubs needed him to just get on base, guess what? He just got on base.

Here’s a little of my own baseball scientific theory: Sometimes, you just need the bat to hit the ball to move a runner up a base.

But four years after Fowler left, president Epstein, his protege GM Jed Hoyer and new manager David Ross were still trying to figure out which softball player should bat leadoff.

Bryant, the former MVP, cannot hit the ball. He just can’t. And he’s always hurt. When he returned from an injury in the final days of the season, he hit a home run and Chicago reporters picked then to ask him about his critics (which would include me) and to suggest that after nearly four years of bad, Bryant was finally ready to be good again.

“I don’t give a sh#t,’’ he said. And for two days, that was the Cubs’ rallying cry. Someone printed T-shirts.

Then Bryant went 0-for-8 as the Cubs were swept by Miami in a two-game playoff series at home. Bryant, Rizzo, Schwarber and Baez combined to go 1-for-28.

I know it isn’t easy. Epstein got rid of almost all good prospects in trades, threw everything at that 2016 season. And he had to pay big money to his core. But where was his genius to find someone who could do those little baseball-y things that pressure opponents and drive them crazy? Epstein had been that guy who could find a gem in a neighbor’s garage sale.

No, he’s not the guy to find a new direction in a one-year farewell tour. The Cubs just need to figure out which angle is best for launching Epstein. 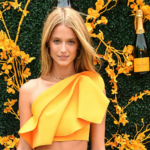 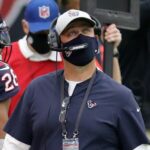