The Dallas Cowboys haven’t had good luck at the quarterback position this season. First, it was starter Dak Prescott going down with a season-ending ankle injury. Then, it was poor play followed by a concussion for backup Andy Dalton.

As if that wasn’t enough, third-string rookie Ben DiNucci struggled in his first career start. It is to the point where practice squad quarterback Cooper Rush might get activated to assume the starting role.

And for anyone hoping Dalton might be able to clear concussion protocol and return, that likely isn’t an option now. It was announced on Tuesday that the former Cincinnati Bengal went on the reserve/COVID-19 list after testing positive for the coronavirus.

The news was announced by ESPN NFL Nation beat reporter Todd Archer, who covers the Cowboys.

The Dallas Cowboys will be without quarterback Andy Dalton for a second straight game but not because of the concussion he sustained two weeks ago. Dalton will be placed on the reserve/COVID 19 list on Tuesday, which will knock him out of Sunday’s game… https://t.co/126lxlBS2k

Dallas is expected to take on the last remaining undefeated team on Sunday — the Pittsburgh Steelers. Pittsburgh is currently a 13.5-point favorite over the Cowboys, but that number could continue to climb with the news about Dalton and DiNucci.

Either way, the Steelers have one of the top five defenses in the NFL, allowing only 310.7 yards per game. With all the injuries in Dallas, it is hard to imagine a scenario where they’re able to put up that many yards on Sunday. 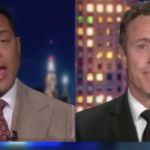 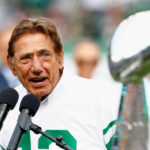