Lincoln Riley, the head coach of the University of Oklahoma Sooners, has been connected to NFL head coaching jobs for awhile now. The Dallas Cowboys opening has brought the most speculation because it seems like a natural fit, but what about another NFC East team? It might not be such a farfetched idea.

Joe Giglio of NJ Advance Media makes a connection between Riley and the Eagles, and his thoughts are pretty interesting.

“Let’s start with a relationship that already exists between Riley and the Philly front office, led by Eagles general manager Howie Roseman,” Giglio wrote. “According to the Philadelphia Inquirer, Roseman has cultivated a relationship with Riley over the years that includes listening to the Oklahoma coach on draft advice. It was Riley that agreed with the team’s assessment of Oklahoma tackle Orlando Brown, leading to the Eagles going down the route of selecting Dallas Goedert in 2018.

“It was Riley who answered questions for the Eagles about Jalen Reagor, a TCU rival that Riley recruited during his high school days. And you can bet Riley’s input went into the Eagles selecting his 2019 quarterback, Hurts, in the second round of last year’s draft….

“Of course, Riley isn’t just a talent evaluator. He’s a head coach, and an excellent one at the collegiate level. The biggest reason: His ability to get the most out of quarterbacks. The signal caller seems to change on a yearly basis, but the Sooners don’t miss a beat. It was Baker Mayfield in 2017, Kyler Murray in 2018, Hurts in 2019 and Spencer Rattler in 2020.

“None was a lock to be special. All put up eye-popping numbers, with the first three parlaying collegiate success in Riley’s system into major NFL Draft pick status. If the Eagles truly want to be a ‘quarterback factory,’ well, there might be no better producer of quarterbacks out there to go get.”

The Riley-Hurts connection, in many ways, makes more sense than Hurts and Brian Daboll, another candidate for the Philadelphia opening. Hurts has grown tremendously since Daboll was his offensive coordinator at Alabama back in 2017.

Riley is exactly what the NFL is looking for too. At 37, he’s young and has one of the best offensive minds in college football. Plus, he’s actually an established, successful head college football coach — unlike Kliff Kingsbury, who was fired by the Texas Tech Red Raiders before the Arizona Cardinals hired him.

Will Riley end up in Philadelphia? Eh, probably not. But he’s a name worth mentioning. 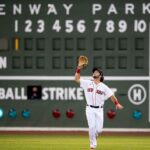 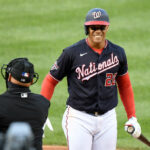