The question isn’t whether the Philadelphia Eagles tanked their game against the Washington Football Team Sunday night, taking out starting quarterback Jalen Hurts and putting in some guy no one has ever heard of, Nate Sudfeld, so they’d lose on purpose.

That put WFT in the playoffs as NFC East champs. And it left the New York Giants out, whining and crying, especially on Twitter. Past and current players, fans and media, plenty of boo-hooing about the lack of integrity of the game.

The real question is this: How can a team that went 6-10, as the Giants did,  complain about unfairly missing the playoffs? Nothing would’ve lacked integrity more than the Giants’ offense in the playoffs.

I wish I could be there for you, Giants fans. For future reference, if you want to be in the playoffs, don’t go 6-10. No one with that bad of a record has ever won a division before.

I wish, too, that I could work up some anger over what Philadelphia coach Doug Pederson did Sunday night in Washington’s 20-14 win. But all year long, the NFC East was an exercise in the lack of integrity.

The most comical thing of all is that it wasn’t clear exactly when the Eagles were trying and when they weren’t. Trying, not trying in the NFC East. How can you tell the difference?

Give the Giants credit for one thing: After a season in which they should be wearing bags over their heads, it takes a big set of — let’s just say courage — to be upset with the Eagles over ruining their season. Did you know that the Giants scored a total of 49 points in their final four games? That’s eleven points a game.

Is that Nate Sudfeld’s fault?

If you didn’t see it, here’s what the Eagles did: They didn’t play 10 of their regulars, including running back Miles Sanders and tight end Dallas Goedert, top players who claimed injury. With a chance to tie the game in the third quarter with a gimme, 21-yard field goal, they instead went for it on fourth and goal from the 4. They failed.

In the fourth quarter, they benched Hurts in favor of Sudfeld, the usual third-stringer, who threw an interception, lost a fumble and stumbled around a little bit.

No matter how hard the Eagles tried, Washington couldn’t seem to put the game away.

Finally, with two minutes left and the Eagles needing a stop to get the ball back, they jumped offsides, giving Washington a first down and the NFC East championship with their 7-9 record.

NBC’s Al Michaels apologized to the Giants. The Giants should be apologizing to us.

The Eagles also clinched the sixth pick in the NFL draft. If they had won, they’d have fallen to No. 9. Is that why they did this? Was it to spite the Giants? The benching of Hurts for Sudfeld particularly stood out.

“Yes, I was coaching to win,” Pederson said. “Yes, that was my decision solely. Nate has been here four years, and I felt he deserved an opportunity to get some snaps.’’

That actually resonates with me. It has been a brutal year for athletes at all levels dealing with COVID. At the college level, several teams opted out of playing in bowl games, which are usually considered lifetime memories. But they’d had enough of this year already.

I realize that in the NFL, players are paid and it’s a professional thing. But Sudfeld was at practice, and he put in the work. And he never played.

The Eagles were out of the playoff race. And if you’re coaching players all season through such a rough time, it’s not such a horrible thing to let a guy have a chance to get into a game.

Sudfeld was the 187th pick in the 2016 draft, taken by Washington after having one big season at Indiana University. To call him a career backup would be overstating things. He pretty much never plays. He actually sat on the bench a few years ago when the Eagles won the Super Bowl.

Now, he’s going to go down as a running joke. He’s the NFL’s official white flag.

“Can someone make it make sense to me what’s going on. . .?’’ Giants running back Saquon Barkley tweeted. And then Eli Manning retweeted Barkley and added “This is why we don’t like the Eagles.’’

So now there is a call for NFL commissioner Roger Goodell to issue some sort of punishment. Teams have to try hard, or there needs to be consequences.

Maybe so. But over the past four years, the Giants have lost 10 games or more every year and Nate Sudfeld has won a Super Bowl ring.

Which one has more football integrity? 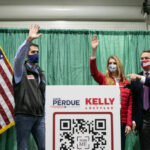 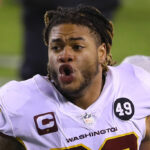