It was 2013 when I first met Mack Brown. He was in trouble as Texas’ football coach, though he’d won a national championship and gotten the program back into the nation’s elite. Suddenly, his recruiting slipped, and things seemed to pass him by.

His office was enormous and had a huge fish tank. On his desk was a stack of blank notecards. Whenever anyone wrote him, he would handwrite a quick note back on those cards. He said that if people took the time to write to him, they deserved the same. It was so personal, human.

He was fired a few months later. And it got ugly during the season, as Brown tried to hang on while Texas billionaire boosters openly tried to get Alabama’s Nick Saban to take the job. At the time, someone asked booster Red McCombs if Texas could really afford Saban. He said this:

“All the money that is not up at the Vatican is at UT.’’

So it was shocking this past September, less than seven years later, that UT had to lay off 35 athletic department employees as part of $13 million in savings of the “financial impact of COVID-19 related cancellations,’’ as athletic director Chris Del Conte wrote.

Yes, tough times. But now, three days ago, Texas fired football coach Tom Herman. Texas will give Herman and his staff $24 million in buyouts to walk away.

That’s right, just four months after Texas’ athletic department laid off 35 employees, some with families, it had someone standing by with an open checkbook.

This is getting gross. The college football season is in for a great finish with Alabama-Ohio State in the championship game. But the sport, the universities and the boosters have lost their compass.

These massive buyouts in our education system are disgusting, especially at a time when students are piling up life-altering debts and teachers are trying to find a way to stay safe on the front lines of the classroom. Athletes who play non-revenue sports at colleges across the country are seeing their teams eliminated. Staffs have been hit with massive layoffs. The economy is a mess, and it’s so hard to find a job.

But times are different now. I realize that boosters usually pay for these buyouts. The point isn’t who foots the bill. It’s how unseemly it all is. Maybe these are just business decisions, getting a new leader who can win more and make more money. But it sure does not feel that way.

It feels like a vanity move, like a football team is just a toy for rich people. If they cared about all things University of Texas athletics, then maybe they could have written a $13 million check to keep those in the UT family from losing their jobs in September.

When Brown was fired, Texas was not able to get Saban. Instead, it got Charlie Strong, who needed to rebuild. After three losing seasons, he was paid, I believe, $9 million to leave. In came Herman, who immediately had Texas winning again. Four years, four winning seasons, four bowl victories. On average, his teams went 8-4.

Not good enough. So the boosters, back to their playbook, were openly trying to get Urban Meyer to take the job while Herman desperately hung on. Meyer said no. UT said that Herman would be back next year. A few weeks later, he was fired. Steve Sarkisian, the former USC head coach and current Saban offensive coordinator, is the new coach.

They replace coaches like toy batteries. So who’s the next coach to go? How many millions will that cost? Will the school still have to cut the track team, or swim team, crying that losses from COVID are just too deep?

I’ve seen Brown only once since that day in his office. It was a few years later at a college convention. Somehow, he remembered that my kids are musicians and my wife a community college English teacher. He asked about them.

It was so personal, human. He went back to North Carolina, where the Tar Heels went 8-4 this year, losing in the Orange Bowl. That would’ve gotten him fired at Texas, the Vatican of college sports. At North Carolina, he’s the guy who got the program back on the map.

I think I’ll drop Brown a note to congratulate him. Maybe I’ll handwrite it. 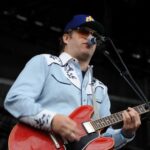 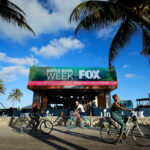