Ohio State doesn’t have a COVID problem. It’s just claiming it does because it needs time so quarterback Justin Fields can heal up and be fully ready for the national championship game against Alabama. That’s assuming Ohio State doesn’t chicken out of the game entirely. I read that on Twitter, so it must be true. It must be fact.

It must be. That’s where we are: If the media write something, it’s fake. But if we have some little unfounded suspicion about something and wonder about it, and then one of the 145 million people who use Twitter every day says it’s true, then we have confirmation. They say it and it becomes an accepted truth worth fighting for.

I mention this because we are still getting daily reports from Ohio State on whether it will play the championship game Monday night.

Ohio State has earned every last bit of doubt, mistrust and suspicion that is now directed at it. It has spent this entire college football season as the 800-pound gorilla, sitting wherever it wants to.

And now, suddenly, reports say that an entire position group on the team might not be ready Monday night because of COVID, so the game may have to be pushed back a week.

Really? Alabama just has to go along with whatever Ohio State says?

So I get the irritation with Ohio State. And Fields did take a horrible hit to his side in the national semifinal game against Clemson. He said that no one told him what was wrong, that they just shot him up on the sideline and sent him back in. I’m sure an additional week to heal would be good for Fields and Ohio State. I will also admit I did wonder if they might be making up the whole COVID issue. But wondering is one thing. Spitting it out as fact on social media is, well, it’s just America today.

“If you’re not confident to play then SAY IT! I call BS on the COVID cases. They’re just worried about their QB and want him to have more time to heal. You didn’t see us postpone the rest of the season to wait for [injured receiver Jaylen] Waddle. BYE.’’

Saban Setas did come back after that with a strong apology, taking responsibility for what she called her “uncalled for and hurtful’’ tweet. She asked that people accept her apology and wrote “I am ashamed and embarrassed.’’

But the idea is already out there. Her first tweet served only as confirmation of what some other people were already wondering. Her apology just seemed like an afterthought. The original point goes down as fact-checked in our psyche.

To be clear, no one from Ohio State has ever actually said publicly that the Buckeyes want to push the game back. Ohio State says it intends to play Monday. The College Football Playoff has said the game is still on for Monday.

But Ohio State has gotten everything it wants this season, and Fields did get hurt against Clemson.

Back when the Big Ten was saying it was canceling the season or postponing it until spring because of COVID, Ohio State raised the biggest fuss. They wanted to play. They were potential national champions, so they threw their weight around.

During the season, they did have all sorts of COVID issues and had three games canceled. The Big Ten rules were clear that teams had to play a certain number of games to get into the conference championship game. And when it looked like Ohio State wouldn’t get enough games in. . .

The rules were changed. The 800-pound gorilla, with massive ESPN ratings, insisted.

So Clemson coach Dabo Swinney, clearly protesting Ohio State’s arrogance, no matter how he described it, put the Buckeyes No. 11 on his Coaches Poll.

That motivated the Buckeyes, who, incredibly, now feel disrespected. That’s a heck of a trick, getting everything you want, pushing everyone around and then crying out that you’re not getting the respect you deserve.

So they crushed Clemson — even with three starting linemen out because of COVID. And here they are in the national title game. Probably.

Yet the whole college football world and Alabama seem to be waiting for Ohio State’s permission to actually play the game.

I suspect Ohio State is telling the truth about its COVID issues. But it’s just a little annoying to hear them complain at the start of the year that COVID concerns are overrated when it comes to football, and now, possibly, such concerns are not overrated anymore when it suits them.

Here is what I’d suggest: Don’t change the game time, no matter what. If Ohio State loses star players to COVID, or if Alabama does, well, that’s just too bad. 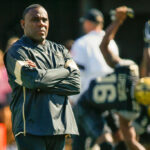 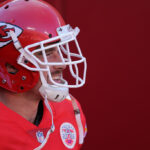