Last year, the Chicago Bears went 8-8 and missed the playoffs. This year, they went 8-8 and made the playoffs. I guess that’s what the Bears call progress, though they wouldn’t have made it this year either, if the NFL hadn’t expanded the postseason and taken more teams.

So it’s not as if the Bears scaled another mountain and found themselves on the other side. It’s that the mountain was moved for them.

The Bears lost to Green Bay 35-16 Sunday, though it was really closer than that. And in losing, they probably saved the jobs of general manager Ryan Pace, coach Matt Nagy and quarterback Mitch Trubisky. That’s because, across the country, Arizona’s quarterback got hurt. So the Cardinals lost, which got the Bears into the playoffs and saved Pace’s, Nagy’s and Trubisky’s necks.

Sunday was a hard moment for any Bears fan. I happened to be walking my dog during the opening minutes — watching on my phone — and came across a neighbor in a Bears hat who was shoveling his driveway.

You the know the game has started, right?

Another neighbor was out cleaning his car on the driveway, and his wife ran out to yell, ‘“Bears scored a touchdown.’’

This wasn’t so much nerves as it was difficult to know what to want. Before the game, the setup was this:

If the Bears beat the Packers, they’d be on a four-game winning streak, including a win over the No. 1 team in the conference. If they lose, they’d probably miss the playoffs and everyone would be fired. Which of those things is better?

Pace/Nagy/Trubisky really need to go. And beating the Packers to go into the playoffs with momentum, usually the dream, wasn’t going to get the three-headed Monster of the Midway fired. Losing and missing the playoffs again would’ve done the job for sure.

The worst case was always going to be the Bears losing but still backing into the playoffs anyway with an Arizona loss. Then, everyone should be fired but no one would be.

Of course, that’s what happened.

But it’s hard to watch a game when you don’t know what you want to happen.

The Bears have clearly improved the past few weeks. After a six-game losing streak, they finished by winning three out of four. Nagy took three years to finally come around to the value of running the ball.

It also took him three years to figure out how to win with Trubisky at quarterback. His predecessor, John Fox, knew from the start that Trubisky isn’t a big-time winner.

Nagy came in with a reputation as an offensive guru and tried to get the Bears’ offense, led by Trubisky, to play the style of game that a championship team might play.

That ain’t the Bears. Now, the Bears are running the ball with David Montgomery and then rolling Trubisky out of the pocket to throw 3 yards. Add to that a tough defensive front, and you can beat all the teams that don’t have any firepower on offense or defense. You beat the bad teams.

Bears management is shooting for mediocrity. You can’t win a Super Bowl with a passing game described as 3 yards and a cloud of dust. It takes something above that to beat Green Bay.

Whatever that something is, the Bears don’t have it and maybe aren’t even shooting for it.

Here’s what I mean: In college football, Texas fired coach Tom Herman last week after he went 32-18 in four years and won four bowl games. The school is spending $15 million to get him to leave because he hasn’t gotten into the College Football Playoff or competed for a national championship.

Pace has been the GM for six years now. He hired Fox as the coach, a move that had the entire city of Denver doubled over laughing, as Fox had just finished failing with the Broncos. Pace traded away the world to pick Trubisky over Patrick Mahomes with the second pick of the draft. And now, he has finished five games behind the Packers in the division race, and has snuck into the playoffs for just the second time in his tenure.

No team that’s trying to win the Super Bowl would keep Pace now. No way.

But the Bears are in the playoffs now, facing Drew Brees in New Orleans.

Who knows what next year’s 8-8 team will bring. 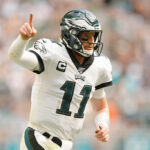 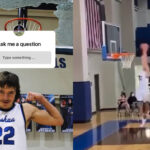