Last summer, Paramount Network canceled the hit series COPS to pander to losers on Twitter and at the New York Times who unilaterally deemed police officers to be racist scumbags after the death of George Floyd.

Fans were furious that Paramount and then WGN America took the show off their airwaves. Well, the popular series is coming back.

Fox News announced Monday that its streaming service Fox Nation has greenlit a reboot series of COPS. Fox Nation will premiere the 33rd season on October 1.

“The debut will include the first four episodes and each new installment of COPS thereafter will drop weekly on Friday nights,” Fox News said. 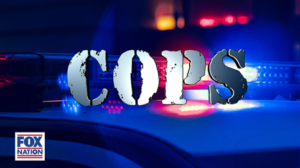 “As part of the COPS launch, FOX Nation will offer all first responders, including police officers, firefighters, emergency medical technicians and paramedics (EMS personnel), a one-year free subscription to the service beginning on Monday, September 13. FOX Nation will also donate $5 to Answer the Call on behalf of each new subscriber with a maximum donation of $50,000 during the week of September 13-20. Answer The Call is a 501(c)(3) nonprofit organization that provides financial support to the families of New York City first responders killed in the line of duty.”

And again, Fox Nation will stream COPS in October, a move that will garner the attention of the streaming industry.