Florida man Germain Jackson, 44, didn’t beat around the bush when cops asked him what he was doing with Sharon Finlay, 52, at 9:10 a.m. last Friday when they found the couple frolicking on the playground equipment at Pocahontas Park in Vero Beach. Finlay told cops they were “making out” in a children’s crawling tunnel, but Jackson had a different answer for the blue.

“I was eating some p—y,” Jackson told police, according to a wild police report that’s straight out of Penthouse Forum. The report goes on to state that Finlay was “laying on her back face up, with her jean shorts pulled around her ankles (nude) with her legs spread apart and vagina exposed,” according to The Smoking Jacket who got its journalistic hands on this gem.

Cops found three alcoholic beverages, one Four Loko Gold 32 ouncer (these are the 14% Four Lokos!) and a bottle of Gulf Crest vodka. Finlay told police “we were both drinking the Four Loko and the vodka, you only live once.”

The couple was arrested for open containers and somehow avoided indecency charges for the work Jackson was putting in on Finlay.

The police report from this incident is great, but I need the backstory on this one. I need to know how Germain and Sharon end up getting loaded on Four Loko and vodka at 8:30 a.m. or so. Does Sharon get bored with The Today Show and sends a text to Germain to see if he wants to get loaded?

A complainant said that it was a homeless couple in the park doing it. That goatee doesn’t scream homeless to me. Germain has been keeping that goat trimmed while Sharon doesn’t look like she’s been living in a box. Something tells me Jackson was on his way to work, Sharon got bored with the morning shows and called him to see if he wanted to take a sick day to get loaded and scrog in the park. 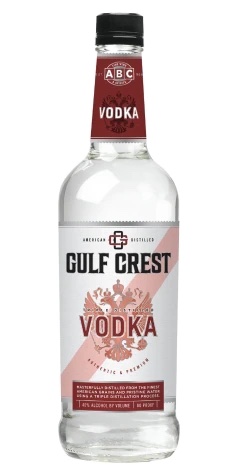