We’re a quarter of the way through Antonio Brown’s eight-game NFL suspension, and it’s starting to get to the point in the season where we are going to hear about receiver-needed teams having interest in the talented-but-troubled pass catcher.

On Get Up earlier this week, ESPN NFL insider Jeremy Fowler said that a source close to Brown told him that “among all the teams that have looked into Brown the last few months, it might be the Houston Texans that have been the most active, shown the most interest.”

Fowler added the caveat that Brown’s suspension could be even longer than eight games due to the unresolved situation with his former trainer.

Nonetheless, as far as the Texans go, John McClain of the Houston Chronicle, who has covered the NFL for four decades, put the Houston rumors to rest:

The Texans have no interest in Antonio Brown.

That settles that, for now. 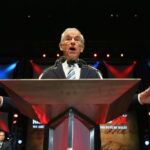 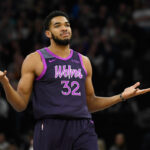