Just as everyone suspected, the Washington Football team is playoff-bound.

And that’s just not hyperbole. Following Thursday’s 41-16 dismantling of the Dallas Cowboys, the Team With No Nickname has taken over first place in the NFC East.

Best of all for Washington, something resembling a professional football outfit was on the field. That’s really saying something, because for much of the season, everyone in the NFC East has looked like they were playing a different sport.

But hey, all you have to do to reach the postseason is win your division. Right now, Washington has done just that.

Let’s take a quick look at the sad-sack standings:

It sort of makes you think the NFC East should have its own conference. Instead, of the NFC, maybe they should play in the Lousy Organization League, or LOL.

Now, these standings are subject to change, of course.

The Eagles visit the Arizona Cardinals on a Sunday, and a win would put Philly right back, uh, on top.

The Giants also visit the Seattle Seahawks, and if they win…

Nah, we can just go ahead and say that the Giants will not win.

So the race is Washington’s to lose. And let’s be honest, the (Alleged) Football Team has looked better since Alex Smith took over at quarterback. He went 19-of-26 passing for 149 yards and a touchdown against the Cowboys.

That is sure something.

So is the fact the NFC East has a new frontrunner, and this one may be here to stay. They have certainly earned it, LOL. 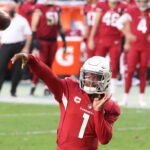 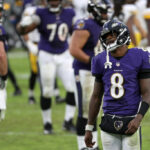