The Colts-Packers game was one of the more intriguing matchups entering Sunday, and it lived up to that hype. Indianapolis came out with a 34-31 win, but it took a turnover in overtime to finally bring things home.

Overall, it was an emotional rollercoaster for both teams.

Green Bay’s first drive of the game included a fumble. Not to be outdone, Indianapolis also fumbled on its opening possession, giving the ball back to the Packers a minute and 16 seconds later.

From there, things did not light up. There were times when it seemed like Green Bay would take hold and run away with it, but the Colts scored 17 unanswered points to start the second half, taking a 31-28 lead in the fourth quarter.

But the Packers have this quarterback named Aaron Rodgers, and he’s been known to lead a few comeback drives. A 10-play, 86-yard drive with less than two minutes to go in regulation allowed a game-tying field goal. That, of course, sent things to overtime.

All the momentum was with the Packers, but if you watched any of this game, you’d know that’s not how this was supposed to go down.

Instead, a game-changing forced fumble by rookie safety Julian Blackmon set Indianapolis up for a game-winning field goal. Game, set and match.

The statistical similarities between Rodgers and Philip Rivers is incredible. Check this out:

The difference? The Packers coughed the ball up four times (one interception, three fumbles) while the Colts turned it over only twice (one interception, one fumble). The other difference, of course, was a rookie kicker by the name of Rodrigo Blakenship, who hit 39-yard field goal for the win.

It was the type of battle you would expect from two teams that now have the same 7-3 record. 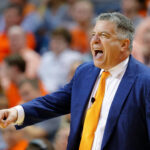 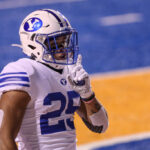