It’s about to get a little tighter in the stands at Indianapolis Colts games. The COVID attendance capacity number at Lucas Oil Stadium will go up to 12,500 for the Colts next home game, October 18, against the Bengals.

The Lucas Oil attendance cap has gone from 2,500 for the opener against Minnesota to 7,500 last weekend against the Jets and will now rise to 12,500. The current get-in price for the Oct. 18 game is $75 on StubHub.

“Because of the reduced capacity, season ticket members – including individual ticket holders selected by seniority, suite holders, and team partners – were given the first opportunity to purchase four-game packs or single game tickets to home games this season,” the Colts said in a statement. “The team also must fulfill ticket commitments to players and coaches, the visiting team, broadcast partners, and the NFL.”

Meanwhile, in New Orleans, the Saints have requested a 25% attendance capacity at the Superdome where fans haven’t been allowed to attend or tailgate.

“Following our successful test of our VenueShield health and safety plan last weekend, we formally requested that Mayor Cantrell’s office join Governor Edwards in approving our hosting fans with a limited capacity of approximately 25% beginning with our next home game against the L.A. Chargers on October 12th,” the Saints said in a statement. “While we have not received approval at this time, we have been in communication with the mayor and are optimistic approval will be given.” 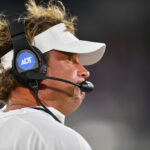 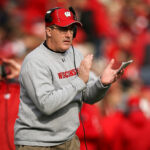