The College Football Playoff Selection Committee is up and running and ready to do its job this season picking the four teams that will compete in the Rose Bowl and Sugar Bowl, along with the New Year’s Six bowl pairings. The committee will have an interesting season as they choose four teams from three Power 5 conferences now that the Big Ten and Pac-12 have decided to hang it up in 2020.

“We don’t know right now what the season will bring, but as a committee, we are ready to use the protocol and the expertise of the 13 people who have been charged with selecting the teams,” said Gary Barta, Athletics Director at the University of Iowa who is beginning his first year as committee chair, said via a CFP press release.

“The committee’s task is to rank the teams based on what happens on the field. This week gave us a great chance to catch up with the familiar faces and welcome our three new members to the process. If the board and management committee say we are having a CFP, we will be ready.”

Now comes the fun part: which four teams make it to the final four? Is this the year we get three SEC teams into the playoff? Does Oklahoma get in by default along with Clemson by default and then the SEC champion plus the runner-up? Bama, LSU, Florida/Georgia?

If you thought the committee had a hard time picking amongst five conferences, wait until they’re fighting over which school has a better loss.

NEWS: The College Football Playoff has announced schedule changes to the 2020-21 season. 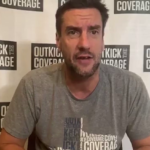 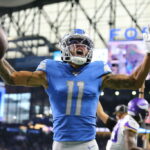