By now you should know that Colin Cowherd cannot stand guys wearing their hats backwards. For years Cowherd went after Tony Romo — 2-4 in the postseason during his career — and his penchant for flipping his hat around like he was about to jump on his Suzuki for a cruise through Smalltown U.S.A. on a flaming hot July night with his girlfriend Tonya on the back.

Now Cowherd’s going after Carson Wentz, an easy target who is 0-2 and being booed by virtual fans at an empty stadium. Enter the Cowherd bit.

Cowherd’s always said the forward hat look makes you appear as the CEO you are as the quarterback of an NFL franchise while going backwards makes you appear to have never grown up. It’s not a new rant around the world of sports. Yankees manager Buck Showalter was crushing Ken Griffey Jr. in 1994 for his backwards hat even though Junior debuted in 1989. During his hall of fame induction speech in 2016, Junior pulled out a hat and put it on backwards to a standing ovation.

Matthew Stafford is another big backwards hat guy who has been crushed by a variety of critics, including Mike Ditka and Cowherd in 2011, who tweeted “Matt Stafford had hat on backwards. Enjoy watching playoffs on TV kid. Leave the post season to the grown ups.”

At this point, NFL quarterbacks are going backwards hat at their own peril. Cowherd’s just waiting for you to slip and he’s going to pounce. Wentz just happens to be the new guy in town. 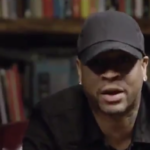 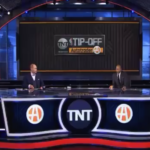