On Friday afternoon I went on CNN and said the only two things that had never let me down were the first amendment and boobs. It’s a statement I’ve made hundreds of times, either in written or spoken form. Including on CNN’s Headline News, also to a female host, on the day before and on this exact same website on the very day I went on the show.

In the resulting kerfuffle a woman and another guest took offense and before you knew it I was the number one trending topic in America, on my way to adding 40,000 Twitter followers in a little over 24 hours.

Now it’s Monday and the resulting couple of days have proven one important fact — I was the only honest person involved in that CNN interview.

Now I’ve been in the center of media hurricanes quite a few times over the past 14 years, since I started writing online in 2004, so the resulting tempest doesn’t impact me very much. In fact, I love to be at the center of a media storm, it’s where I’m most comfortable.

I knew that eventually the faux rage would subside and what would be left behind was me with just a ton more people who love what I do. Which is exactly what has happened. But I do think this episode is instructive of where we are in modern day media, where manufactured outrage drives massive story interactions even if they are rooted in inauthenticity.

There were three people on that CNN show on Friday afternoon and I was the only one who was 100% honest and whose story didn’t change at all over the ensuing days. Brooke Baldwin, the CNN host, was a total fraud as was the former ESPN.com editor there to debate me, Keith Reed. Even more alarmingly to the general public, CNN blatantly lied to the media and the media covered their story as 100% truth without even seeking a comment from me.

So let’s unpack all of this, but first, let’s begin with the video itself for those of you who haven’t seen it yet.

Before we start talking about the actual video, it’s important for you to know the set up here.

I’m appearing via a camera in my house. This means I am staring directly into a camera without any idea what is on screen or even, to be honest, who I’m talking with. I wouldn’t have known Brooke Baldwin if you’d put her in a line up alongside twenty other CNN anchors. I knew she was a woman based on her voice, but that’s about it. I don’t sit around and watch news on TV. In fact, I get roughly 99% of my news from the written word.

So I didn’t know what Brooke Baldwin looked like and I had never heard of Keith Reed, the former ESPN employee CNN brought on to defend Jemele Hill.

With that in mind, let’s go to the actual content.

First, why stop the interview here? Did my use of the word boobs change my argument in any way? This wasn’t about trying to debate an issue, this was about Baldwin’s producers getting in her ears and telling her to go viral by trying to make me look bad. It was totally false. Note that Brooke Baldwin says multiple times that she can’t believe I used the word boobs to a woman. Even going so far as to spell out the word rather than say it aloud.

Why is that surprising?

Wouldn’t it be sexist of me to be comfortable saying I liked the first amendment and boobs to a male anchor and not say it to a female anchor too? I treat women and men the exact same. In fact, would be stunned if you could find any woman or man who has ever worked with me who wouldn’t say the exact same thing. I don’t censor myself around women just like I don’t censor myself around men.

When Brooke Baldwin referenced her sex as a reason why my speech was inappropriate what she was doing was actually sexist. She wanted me to treat a woman different than a man specifically because of her sex. She tried to play identity politics on me.

The next day Baldwin published a thousand word piece full of histrionics, clutching her pearls and lying about how offended she was.

Included were such lines as these:

“Side note: I’ve been a journalist for 17 years — the past seven spent at CNN hosting a live show. I’ve seen and heard some things. But when I first heard “boobs” from a grown man on national television (in 2017!!!) my initial thought bubble was: “Did I hear that correctly?? There’s no WAY he just came on my show and said what I think he said. … DID HE?” And I let it hang.”

(As you will see below, that may be technically correct, but she’s been live on air when nipples and great racks were referenced and laughed about it. So spare me the fake outrage.)

“The thing is — this is not okay. Speaking to women like this is unacceptable. It is 2017. Why is this even happening?”

And this is the crux of her argument, that somehow telling a woman you like the first amendment and boobs is unacceptable in 2017. Indeed, she even says “Speaking to women like this is unacceptable.”

Do you think CNN would have kicked me off the air if I’d prefaced my remarks by saying, “As a transgender woman the only thing that has never let me down is the first amendment and boobs!” Or do you think they would have considered me a hero?

Did CNN recognize the incredible irony of shutting down an interview with someone espousing the importance of the first amendment because they were upset that I used the word boobs.

Furthermore, in an age of “Fifty Shades of Grey” and “Game of Thones,” what I said on CNN isn’t even close to objectionable. This line wouldn’t even merit a raised eyebrow on a popular sitcom or in a newspaper article. And who are we protecting here? Do you think woman are stunned that heterosexual men like boobs? Do you think Victoria’s Secret has become a billion dollar business and fake boobs are a multi-billion dollar business too because women have been hoodwinked into thinking men like boobs? Do you think the bra industry has had more technological innovations in the past twenty years than North Korea’s nuclear missile industry simply because the market has misjudged the importance of boobs to both men and women?

The reaction to me using the word boobs just proves how fake the media has become.

Most importantly, Brooke Baldwin is lying when she claimed she was offended by what I said. She’s a total hypocrite. How do we know this? Via these two videos of her on CNN.

Second, look at this video of Brooke Baldwin, also with Don Lemon. In this video Lemon says that Kathy Griffin has a nice rack. If using the word boobs is offensive — even when it is attached to no one in particular at all — wouldn’t a specific commentary on a woman’s breasts have to have violated Brooke Baldwin’s journalistic code of ethics?

If you watch the video it’s clear Brooke Baldwin wants me to apologize. That’s why she returned to it, she was trying to get me to grovel.

Only, here’s the deal, I don’t apologize for saying what I mean. Am I supposed to lie and say I don’t like boobs now to make her feel better? Ain’t happening, Brooke, sorry.

Unlike you, I’m not a total hypocrite, I said exactly what I meant.

And unlike most people in the media, I don’t buckle in the face of controversy or demands for an apology, I double, triple, and quadruple down on my opinions. If I believe it, I will never apologize for it.

I did, love, however, how quickly a guy who worked on Al Gore’s presidential campaign and has never voted for a Republican for president was immediately cited as an example of everything wrong with Donald Trump’s America. I didn’t vote for Donald Trump — I voted for Gary Johnson — but when I see fake news reactions like these, it makes me a whole hell of a lot more likely to vote for him in 2020.

Now let’s pivot to the other guy here, Keith Reed, who played his fake, artificial reaction to perfection.

This dude tried to pretend to be a huge feminist and be outraged over the fact that I liked the first amendment and boobs.

Only, it turns out he’s a huge ass man.

Turns out the other guy on @cnn with me yesterday is an ass man. Everyone but me was #fakenews on that interview. pic.twitter.com/u4pJfJgTEL

And also a boob man.

His entire Twitter feed is littered with commentary on women’s body parts.

He was appalled that I used the word boobs on @cnn, guys. Appalled! Pro tip: don’t be a fake news hypocrite. pic.twitter.com/JuqdMEFs8N

Combine both of these reactions, the host’s and the guest’s, both lying and behaving inauthentically and you have a ripe situation for false outrage in America.

As the brouhaha grew, my phone buzzed with many calls and messages. Among them was this call from a CNN producer, asking me if I’d come back on Monday to discuss the story.

I played that voicemail for Outkick viewers on Saturday. Here it is:

@ClayTravis CNN’s voicemail asking Clay Travis to appear on their network on Monday (something they denied). pic.twitter.com/7MPAw4bG5G

After I tweeted out CNN had invited me back on for another segment on another day, CNN rapidly shot down my Tweet and countless media organizations ran that CNN denial without asking me what evidence I had for that offer. Oh, not much, JUST AN ACTUAL VOICEMAIL as you see above.

Later on Friday night a CNN producer emailed and texted me to cancel that Monday interview. Which I also Tweeted out.

Add it all up, and while Brooke Baldwin, Keith Reed and CNN were all lying in an effort to create faux rage, I remained the only honest person on the entire broadcast. I loved the first amendment and boobs before I went on the broadcast and I still do after going on the broadcast.

Thanks to CNN’s faux rage, which the vast majority of you saw through, I added over 40,000 Twitter followers and we started a catch phrase which is spreading like wild fire, god bless the first amendment and boobs. Go buy your tshirts here. Proceeds go to breast cancer charity. Americans are tired of being sold fake news and fake outrage.

And, as always, if you want non-fake news and honest opinions come to Outkick, the most trusted source in news, sports or otherwise.

If you want fake, manufactured outrage, then stick to CNN, where the hosts lie and the guests follow their lies. 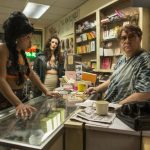 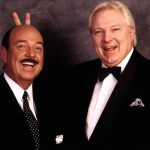