The News with Shepard Smith will debut this fall.

“Information is coming at us from every direction,” CNBC Chairman Mark Hoffman said. “If we’re not careful life-altering decisions will be made based on half-truth, rumor, misdirection or worse. We aim to deliver a nightly program that, in some small way, looks for the signal in all the noise.”

“I am honored to continue to pursue the truth, both for CNBC’s loyal viewers and for those who have been following my reporting for decades in good times and in bad,” Smith said in a press release.

The signing of Smith could be the first step of many changes at CNBC. In June, the New York Times reported CNBC is considering pivoting to right-wing talk shows in primetime.

Smith will give the channel some juice at night leading into primetime. This past quarter, CNBC ranked 47th overall between 8 – 11 p.m.

Smith announced he was leaving Fox News in October. A month earlier, according to CNN, he asked management to let him out of his long-term contract, which paid him $15 million a year. The anchor had tensions with hosts Tucker Carlson and Sean Hannity, the Wall Street Journal adds. 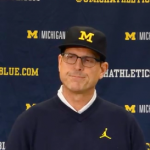 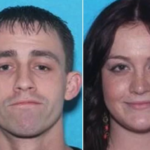