In a year that has seen a worldwide pandemic, a cratering economy and near constant political turmoil, 2020 got to take one last massive dump on us by giving us the worst Masters in recent memory. Rory McIlroy could not have said it better in his post-round interview when he implied the November version of golf’s greatest event had no juice, no excitement, no “it” factor. He’s right. The entire proceeding felt like a high school tournament that had the good fortune of being televised.

Sadly, a Masters without patrons is not a Masters. The roars that usually echo through the pines are what make this event. It’s what creates the rush of adrenaline for the players, it’s what creates nerves, it’s what propels some players to great feats and others to wilt under the enormous pressure. We had none of that this week. Instead, we had awkward smatterings of applause from a handful of members, constant traffic noise from nearby Washington Road, and Verne Lundquist’s incessant nasal breathing.

The course didn’t fare much better.

Augusta National is about perfection, and we expect to see nothing less. Instead, we saw bare spots on greens, debris in bunkers and thinning turf everywhere. Hell, the 13th tee was practically dirt. Watching on TV was like seeing your favorite Instagram model without makeup and wearing cotton granny panties yet still trying to be sexy. It just doesn’t work. Looking back, I think the R&A got it right back in July when they decided that no Open Championship is better than a COVID-modified Open Championship.

Honestly, it didn’t have to be this way. If there was one group in the entire country that I thought might have the balls to stand up to the COVID apocalypse crowd, it would be Augusta National.

But I was wrong.

Protesters can pack the streets of Atlanta for days and presidential candidates can have massive rallies in Marietta, but Augusta National won’t allow consenting adults to determine their own level of risk to watch an outdoor event. The same club that once told us they’d rather not have corporate sponsors than allow a woman to be a member has now become softer than baby shit. I miss the old guard. I miss the guys who completely and proudly ignored public opinion and stood up to the mob. Where’s Hootie when you need him?

Honestly, I feel sorry for Dustin Johnson. The guy who just 10 days ago had the same virus from which Augusta is now trying to protect us all played one of the best four days of golf in major championship history. He is a deserving champion. But with no crowds, soft November conditions and another Masters coming in 20 weeks, the perception will be that he’s the “COVID-modified” Masters Champion. And that’s not fair to DJ. 2021 can’t get here soon enough. 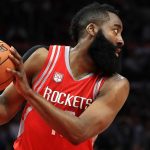 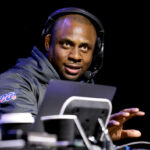