Last week’s U.S. Open caught a lot of casual golf fans by surprise. Blame it on Covid for screwing up the 2020 and 2021 PGA Tour schedules. The good news is we have a shit ton of golf in the year ahead. Some are calling it the “Super Season,” with 50 official tournaments, six majors, the Olympics, and a Ryder Cup. Since I refuse to watch an event where the contenders are named Mackenzie and Hudson, last week’s Puntacana Championship gave me a chance to catch up on all the changes so you wouldn’t have to.

Here’s what I found out.

The 2021 PGA Tour season actually started two weeks ago with the Safeway Championship. I don’t blame you for missing it since a lot of folks who saw Stewart Cink’s win probably thought they were watching a replay from 10 years ago. Next week kicks off a mini West Coast swing with two events that were moved from Asia to America and the cancellation of a WGC event, also in Asia. I wonder why the tour is nervous to play there?

A couple weeks later we have the rescheduled Masters from November 9-15. It will bring a fresh new experience to Masters fans. Instead of not attending because you lost the ticket lottery and can’t afford to scalp a badge, you won’t be attending because they’re closing the event to spectators. It’s probably for the best. I’d hate to see the green jackets sob as Bryson turns their course into a pitch and putt. The pros then pack up their second cell phones, kiss the girlfriends goodbye and get a week off to spend with their families for Thanksgiving. Coincidentally, this is my one reliable day off of the year.

December has just one event before the first few months of 2021 kick off like normal with the usual tournaments in Hawaii and the West Coast Swing. The WGC Mexico and the Puerto Rico open lead into a reconfigured Florida swing. The Florida events have been moved around some but I can never tell the difference between any of those courses anyway so no one should notice. I just know one week the announcers are contractually obligated to say “Bear Trap” every 30-seconds.

Now we’re into a bunch of events that only matter to truly pathetic golf junkies including a second fucking Puntacana Championship. Fortunately we’re rewarded with a second Masters from April 5-11, that is, if the members can figure out how to add 1,000 yards to the course after Bryson’s aforementioned November dismantling.

In May there’s the PGA Championship at Kiawah Island, followed by a bunch more events where Tony Finau will contend before disappearing late on Sunday. June’s highlight is the US Open at Torrey Pines, which should be excellent if you can survive 10,000 hours of programming about Tiger courageously winning on a bum leg in 2008. In July we have The British Open, AKA The Open Championship if you’re a woke golfer. Some say it’s the toughest major to win because of the difficult conditions but then again it’s the only major that wimped out and didn’t reschedule their 2020 event.

The next big event is the Olympics, which start on July 26. Do I consider the Olympics a major? No. Most guys on tour would rather get the $243,000 for a T-12 in the US Open than win a medal in the Olympics.

While real golf fans check out after the last major of the year the “official” season wraps up with three FedEx Cup playoff events ending at (yawn) East Lake again. If you haven’t had enough golf yet, the Ryder Cup, which was cancelled this year, is at Whistling Straits September 21-26. It’s a great event if you love loud drunks, Pat Reed and watching Rory play golf without a hat. I’ll be glued to the TV. The President’s Cup moves to 2022 as the two events swap odd and even years until the next global clusterfuck forces them to switch it back.

So there you have it. A lot’s changed this season but then again, maybe not. Expect Rickie not to win a major, Xander to contend a bunch only to fold on Sunday and Dustin Johnson to win a wheelbarrow full of cash. I can’t wait. 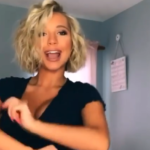 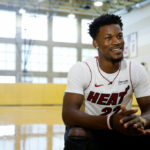