Last weekend was a startling reminder of why I was forced to sell my plasma during bowl season last year. Everything that could go wrong, did go wrong. From Patrick Reed’s back nine meltdown on Saturday at the U.S. Open (where I had him 40-1) to Cam Newton’s inability to convert a simple 2-point conversion on Sunday night. It was a bloodbath.

But the night is darkest just before dawn. Before my legendary eight-hole par streak, I was on a devastating run of picking under’s in Mexican Independent league baseball after I got word that the Sultanes de Monterrey had received a batch of faulty HGH that was laced with animal tranquilizer. The tip turned out to be fake and I lost my ass. However, with my winnings from a top-60 finish in the Yucatan Masters, I was able to recoup my losses and then some on a roulette hot streak at the Lobo Solitario casino in Oaxaca. Things tend to get worse before they get better.

With that, let’s get to this week’s college and NFL picks.

College football is back. The SEC has a full slate of games. Unfortunately, the SEC will be cannibalizing itself this season instead of preying upon weaker foes in inferior conferences. I’ve got certified winners below.

I live in Missouri and I have no idea who the Tigers starting quarterback is going to be. Does it even matter? Eliah Drinkwitz is Mizzou’s latest shining star of a coaching hire, but I don’t think Drink has the horses to run with Saban and the Tide. Is -27 a first half line? Nope. Take Bama minus the points and I’ll see ya at the titty bar.

Upset special. Kentucky seems to be good for a kooky road win every season. I’m a big fan of Mark Stoops and the sideline reaction shots that come from that family. Nobody makes stoicism look dumb quite like the Stoops boys. Regardless, Cats and the points.

The Kiff Show is out of South Florida and into the Old South. I’m not saying Kiff won’t use his public university issued cell phone to buy hookers, but the standards couldn’t be lower in year one for him. Gators in a rout.

Adam Gase will continue to make people rich until the Jets fire him. Indy is now allowing limited attendance which means Phillip Rivers kids will have an entire section filled. Indy in a rout.

The easiest money in sports the last 10 years is betting against Jay Cutler and/or the Lions on the road. Unfortunately Cutler is retired but the Lion’s still have to travel. Matt Patricia’s squad is wounded and Kyler Murray’s coming out party hasn’t even started yet. Birds by double digits.

If your state doesn’t have sports betting yet, you can likely play daily fantasy sports where they have CFB and NFL contests for players. 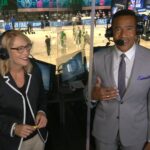 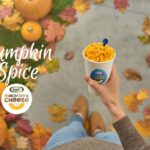