The last 24 hours have been pure insanity as it pertains to Jon Gruden, aka the white coaching whale, aka the Gruth, aka the Grudenator.

I’ll be honest with y’all, I slept like four hours last night because I was feverishly texting about Gruden late into the night.

It’s a disease I tell you, a disease.

So what did we learn today?

Have worked w/ @GrantRamey & we have confirmed John Currie/#Vols powerbrokers have been in Tampa since last night following their circuitous flight route to make ‘The Pitch’ to Gruden. Ramey will have full story.

Second, Jon Gruden went on Seattle radio and inexplicably decided to discuss his love of Knoxville and the song “Rocky Top.”

In a burst of belief that the Gruth is happening, we’ve designed Grudenator tshirts at Outkick that will go on sale the moment Jon Gruden to the Vols becomes official.

In the event Jon Gruden never comes to Knoxville, we will ship them to Africa, where some poor child in a remote village without running water will doubtless be clad in Outkick SEC-colored pants and a Grudenator Outkick tshirt.

Can you imagine what the two of us, what with our love of boobs and alcohol and breastaurants that combine the two, could do together in this state? We’d make beautiful music!

Also, and, again, I’m a giver. I could take over your Hooters coaching endorsements and still give you all the money for the endorsement dollars. 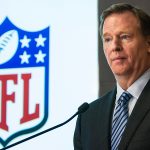 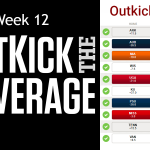