The Big Ten has backed itself into a corner regarding COVID positive tests and postponing games. Because they didn’t leave themselves any open dates on the calendar, they’re now forced to cancel games.

How will the college football playoff committee factor this in?

“Here’s the problem that the Big Ten had. They waited too long to come back, and then they created no buffer, no safety net, no possibility that things might not go flawlessly. And as a result, that left them with a really bad situation compared to the ACC, the SEC, and the Big 12. And in particular, if you are a Big Ten football fan, what it left you with was the possibility that if anything went wrong, the season might completely fall apart when it came to positive tests. And right now, we’re dealing with that fallout in the cancellation of the Wisconsin at Nebraska football game, because of six reported positive cases among football players and because of six positive cases among football coaches. Wisconsin has now shut down football activities for a full week.

“And so, this raises all sorts of intriguing questions, not the least of which, will anybody in the Big Ten be able to complete a full season? And if not, how in the world does the college football playoff committee consider things? But it also raises a larger issue of, ‘What in the world was the Big Ten thinking, when they know that there’s going to be positive tests?’ You needed to have a bye week. You needed to have an extra week at the end of the season, like the SEC and the ACC in the Big 12 have done in order to deal with the fact that it’s likely that things will not go perfect.” 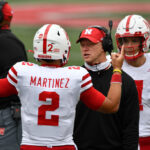 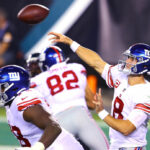