The NBA is in desperate need of a LeBron James finals with ratings in the tank and the NFL, MLB, NHL, U.S. Open, and Kentucky Derby on the sports docket this weekend.

Clay discussed how the media carries water for the NBA on Outkick this morning.

“One of the things that we have been talking about and discussing during the course of this program is the collapse in ratings that’s been going on in the NBA. The NBA now, down 27% first-round NBA playoff ratings over last year. You won’t hear almost anyone anywhere in the media mentioned this because there is so much cheerleading that goes on for the NBA in the media. If you say a negative word at all about the NBA people are like, ‘You can’t say that. The NBA is the greatest thing that’s ever existed in the history of the world.’ That’s what sports media believes. It’s amazing. The sports media that covers the NBA, they never point out any of the flaws, any of the disasters, or the fact that the ratings are down now 40% in the past two years.

“But the general public, I believe, there is wisdom in masses and they see through it. They see through all of the propaganda that is being spewed about how amazing the NBA is, and they say, ‘You know what, I don’t really think it makes sense to put Black Lives Matter on the basketball court. And I don’t really like every single person affiliated with the NBA taking a knee for the national anthem. And, you know, truth be told, I don’t think it makes sense to put social justice warrior slogans on the back of your jersey when you’re taking billions of dollars from China and refusing to say a word about the fact that they have concentration camps, lack of basic human rights, that they’re invading and taking over all of democracy in Hong Kong. And you bend the knee to China, but you will criticize America to the nth degree.’ I think a lot of people see that. And they say, ‘I don’t know necessarily that makes sense.'” 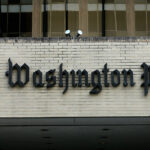 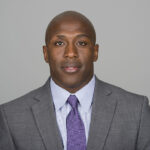