Anymore, it seems as if sportswriters are little too happy to report COVID-19 shutdowns.

Or let’s put it this way — doesn’t it seem as if sportswriters enjoy reporting positive COVID tests, yet almost never report when the so-called positive individual returns to the lineup? Or if they do report it, they do so considerably less … well, in-depth.

Basically, doesn’t it often feel like sportswriters don’t want sports to actually be played? Doesn’t it seem like they would rather write about the horrors of COVID than games? Don’t sportswriters often seem to write about things that aren’t really sports? Like politics? Or science?

The answer is almost never, and it’s because they don’t appear to like sports or the audience for which they write. They really only seem to like (gasp) each other and only seem to cherish their inflated sense of self-importance.

“I think what has happened during this COVID era is what you’ve seen as sports writers many of them have a great deal of contempt for their actual audiences,” he said. “They don’t like sports fans. I do. I like sports fans.”

Check out Clay’s full breakdown — and takedown — of sportswriters and their basic love of only themselves, via the video mailbag below. 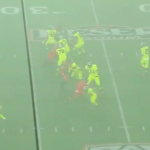 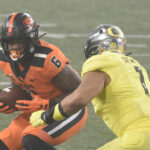