“Mark Jones’ Twitter feed is a cesspool of left-wing idiocy,” Clay opened with.

“ESPN should fire this idiot just for being that dumb. Fire him for idiocy. I don’t care about opinions but some are so dumb you shouldn’t be able to go on my airwaves anymore.”

“If one of my employees tweeted that, I’d fire him immediately. Not for the opinion, but for being that dumb.”

"Everytime @MarkJonesESPN has referred to America in the past couple of months, he has spelled 'America' with three k's, as in the KKK. This dude is an imbecile, alright?" –@ClayTravis pic.twitter.com/xQslEDC5fn 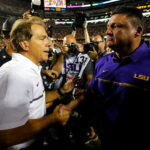 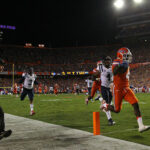