An idea on how to keep fans interested in Major League Baseball while the owners and players work towards a return agreement that benefits both sides was proposed to Clay by a listener of the show and it is genius.

Clay discussed the idea on Thursday on Outkick.

“I’m hopeful that baseball could be back on July 4, and I told you guys ‘Hey, my television show was initially rescheduled, Lock it In, to return on June 29 for season three, with the idea being, ‘Hey, Major League Baseball is coming back, we’re going to be ready to talk about American team sports then.’ But if it’s not going to happen for Major League Baseball on July 4, I’ve still got a really interesting idea that Major League Baseball should embrace and this came from a listener who emailed me. The listener said, ‘Hey, why not have major league baseball, put on a Home Run Derby on July 4th at night for all the fans out there who are craving desperately the return of baseball. Put on a firework celebration somewhere in the country, combined with a Home Run Derby and let baseball have a Star-Spangled July 4th.’ That basically announces, ‘Hey, we’re sorry, we haven’t been playing so far, but we’re going to get all the best home run hitters in baseball and they’re all going to come together and swing for the fences.’ You can turn it into a charity event if you wanted to, and build it all around the idea of Major League Baseball coming back even if the games aren’t ready to officially begin on July 4th. Tell me that all of you out there listening right now don’t think that’s a spectacular idea.”

“I think there’s going to be and is a tremendous amount of people out there who just want to let loose and celebrate and this could be an incredible event to acknowledge the return of baseball, and also kind of nod to everybody, including me and a lot of you out there. ‘Hey, we understand you wanted us back sooner rather than later, the business side of the sport ended up getting dragged into this. We’re sorry about that, but we will be back. Baseball is going to be back and we appreciate all the support you guys have had for us. In the meantime, here are our superstars in a Home Run Derby, giving you an opportunity to experience this.'”

Clay goes on to thank the listener who submitted the idea:

“I want to give him credit here because one of the things I try to do is stay privy to ideas that you guys put out there and a lot of them I’ve heard before, but this guy sent me a message. He said, ‘I’d like to hear your thoughts on this. MLB is likely missing July 4th but will be back at some point, hopefully in July. Could they save some face by having a July 4 homerun Derby contest?’ Yes, that’s his idea. I haven’t heard anybody else suggest this. It’s a, pardon the pun, homerun idea. This is genius. This would go a long way towards Major League Baseball acknowledging their failures in the fact that they should have been back sooner than they have been. But they aren’t then going to make it worse by totally missing July 4th and leaving us in the lurch. Why not go ahead and put on a Home Run Derby, on July 4 as an advertisement for the eventual return of Major League Baseball?”

Of course, there could be issues in choosing a venue and if a deal is in place teams could be having Spring Training, but the idea itself is a home run.

Listen to the full podcast here. 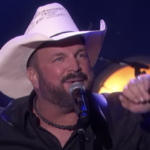 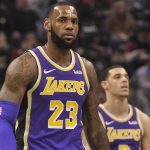