The outlook for a Major League Baseball season in 2020 is beginning to look even more dire as the days of summer slowly pass. Both the owners and players should have a deal in place by now as we’ve seen with other sports like the NHL where contact between players is even more of a health factor.

For MLB and the MLBPA to not have a deal in place by now is not only alienating the players from the perspective of the public, but making everyone involved look greedy while more than 40 million people are unemployed across the country.

“I just keep thinking, Major League Baseball, the players and the owners can’t be this dumb. And by the way, I keep thinking the same thing about the NBA. Yesterday, we got news that Lego Land, the Universal Studios in Orlando, Disney World’s Magic Kingdom, Animal Kingdom, and Epcot are all going to be open by July 15. Next week you are going to be able to go to Harry Potter World and you’re not going to be able to watch Major League Baseball or the NBA on television without fans present. Little League baseball is starting back up in many parts of the country by June one or middle June. Basketball is starting up in many parts of The country, parents are going to games and sitting and watching their kids play. And yet pro sports can’t get their act together. Right now the focus is on Major League Baseball. But why in the world is the NBA saying they hope to be back by the end of July or early August. This should take no time at all. Both sports should be back sooner rather than later. There’s no reason why every player out there couldn’t agree to be in training camp by June 1. This is all lunacy, Major League Baseball in particular, because right now they are focused on entirely money. And let me be straightforward and clear and not leave any shadows or uncertainty here. If Major League Baseball players and owners cannot quickly come to an agreement here to bring back baseball, they will forever cripple the sport. ”

“The latest comments came from Max Scherzer last night, who’s on the Major League Baseball committee, that responds to the owners and he said as I follow last night, ‘After discussing the latest developments with the rest of the players, there’s no reason to engage with MLB in any further compensation reductions. We have previously negotiated a pay cut in the version of pro rated salaries and there’s no justification to accept a second pay cut based upon the current information the union has received. I’m glad to hear other players voicing the same viewpoint and believe MLB economic strategy would completely change if all documentation were to become public information.’ Here’s the deal. We don’t care. This isn’t complicated. Owners and players, management and labor have been arguing for all of mankind about what players should receive in compensation, what workers should receive in compensation compared to management.”

“And, it’s pretty straightforward, I think for all of you out there, to understand that Major League Baseball is going to make significantly less money as a result of the Coronavirus. The Major League Baseball owners have been focused on trying to be as fair, it seems to me, as possible when they came out and said, ‘Hey, let’s split revenue 50/50 with the players. We have no idea what the revenue is going to be because we’re not sure how many games we’re going to get in. Or even if we’re going to be able to finish the postseason. So, let’s try to work together.’ That’s what they suggested to Major League Baseball players that seemed eminently reasonable to me.”

AM @outkick with @TheFrankIsola & @ProFootballDoc. I’m fired up over MLB players & owners, billionaires & millionaires, unable to work out a deal while over 100 million people have lost their jobs or taken pay cuts. Unacceptable. Go listen & subscribe: https://t.co/S1PYUyYNxY 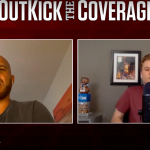