Does it feel like Groundhog Day when it comes to the MLB?

However, many sports leagues are not only starting to come back, MLS has also joined the PGA Tour in coming back quickly, but NASCAR has already stated that fans will be present at many races and states like Texas have already said fans will more than likely be present at games.

Clay discussed during the opening segment of Outkick on Wednesday morning.

“Does it feel a bit like Groundhog Day when it comes to Major League Baseball where they keep sending proposals back and forth, and both the players and the owners keep saying that whichever proposal arrives from the other side is basically dead on arrival? Well, the Major League Baseball Players Association, sent back a proposal to Major League Baseball yesterday, that would have a season of 89 games, and it at least brings the two sides a little bit closer. But this is being shot down already by the owners, who on Monday proposed a 76 game season. So, they’re still apart on money and in games, but we’re talking about the difference between 76 and 89, which is, at least in theory substantially closer to each other.”

Clay continues by addressing the fact that many states have seen close proximity between people during the recent protests, so why couldn’t fans return to baseball games?

“I understand that people want to distinguish in their own lives, why this protest and breaking all of the social distancing rules is permissible because this issue is so important or not, the virus doesn’t care. The virus is not discriminating in any way based on the proximity of humans and whether it’s occurring, protesting something, or whether it’s occurring while everyone sits together and watches a football game or baseball game. So, if you’re able to have hundreds of thousands of people protesting, why can’t you have less than 100,000 people at a sporting event? At a baseball game or a football game? I think that is a question that lots of people are going to ask if we don’t see any spike in infections as a result of all of these protests.

“So again, the average incubation period for the Coronavirus is four to five days in most people. And that would suggest that the peak of the protest which happened, what 10 days ago or whatever, I’m not an expert on exactly what day that most people were in the streets. But I think it’s fair to say it was certainly more than four or five days ago, and the numbers continue to trend down now. So, we will see whether there is any surge as a result of those protests. But if there’s not, it’s even more evidence for why sporting events could occur with fans present. But in the meantime, Major League Baseball is engaged in the slowest process ever in terms of returning to action, and I gotta say, I don’t think it’s very likely at all. I think the ship has sailed on what should have been, at minimum, the return date, which was July 4. I think there would have been a heck of a celebration across the country, if Major League Baseball had been able to get back by July 4. And now it seems like mid-July is the new target date for when Major League Baseball will eventually be able to work its way back into the rotation of American sports. And in the meantime, I just feel like the players and the owners continue to bicker and go back and forth and sometimes when it comes to negotiation, I wonder why we can’t just get to the result instead of eating through all the different dance and rigmarole of going back and forth with a ton of different offers that both sides know are going to be rejected.”

Listen to the full podcast below.

AM @outkick on baseball’s failures, 5 star review session with @DannyGradio, NBA returns with @SIChrisMannix & are we headed for another season of NFL kneeling with @geoffschwartz. Listen & subscribe: https://t.co/kC5z5sRrQ2 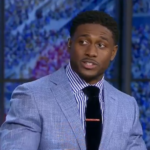 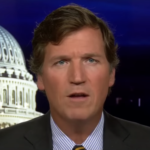