The SEC is going to get their entire season in, and they’ve done so with fans in the stands. They may also lock up a couple of playoff spots, depending on what happens in the SEC Championship Game, likely between Alabama and Florida.

There’s also a small chance that Texas A&M could get into the mix, if they finish out at 9-1.

Clay ran through the playoff scenarios this morning on OutKick.

“Alabama is a monster favorite to make the College Football Playoff. All they have to do is beat LSU this weekend, and if they do that, then they would be scheduled to play against Arkansas, I’ll get to whether or not that game would be played or not. But if Alabama wins those two games, assuming they are played, 10-0 Alabama goes ahead and punches its ticket to the playoff, regardless of what happens in the SEC Championship Game.

“Meanwhile, Florida, also in the SEC, has a game this weekend against Tennessee where they’re a big favorite. And then, in theory, they would play LSU next weekend, and if they win those two, which they would be substantial favorites to do, then Florida at 9-1 would advance to the SEC Championship Game. And they would then need to beat Alabama in that game in order to make the College Football Playoff.

“This is a big deal, and I don’t know how much attention it’s going to get. But the ACC is now protecting its two teams that are in the mix to potentially make the College Football Playoff. Because they ended their games which would take place on December 12. Clemson will no longer play Florida State, and Notre Dame will no longer go on the road against Wake Forest. What does that mean? Well, first of all, both of those teams, to be fair, would have been substantial favorites in each of those games, but it means that if Clemson wins this weekend and if Notre Dame wins this weekend (Notre Dame plays, by the way, Syracuse,) then both of those teams would have a bye week. And we would have a 10-0 Notre Dame team waiting to play against an 8-1 Clemson team. And if Notre Dame wins, they’re in the College Football Playoff easily. And if Clemson wins, they’re in the College Football Playoff easily.

“I think both of these teams are now likely to be favorites to make the College Football Playoff. Because as long as Notre Dame is competitive against Clemson and doesn’t get blown out, I don’t see how anybody is going to have a much better resume than 10-1 Notre Dame would have, in the event of a defeat. So you got three SEC teams alive, two ACC teams alive. You can see a scenario where there are two SEC and two ACC teams, and nobody else is even seriously considered, including Ohio State.

AM @outkick. I went off on the 49ers & Stanford for fleeing the state of California rather than challenging the covid prohibition on football in Santa Clara County. Trust me, you need to hear this. Plus, @ShannonSpake. Listen, subscribe & give us 5 stars: https://t.co/hTJ2RLveA4 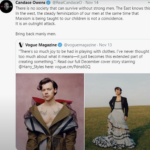 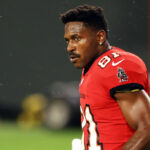