Tom Brady does not look like the Tom Brady we have watched all of these years. Clay sums up Tom Brady and the Bucs’ performance on Monday Night Football in a 27-24 loss to the Rams.

“There have been a lot of people who have tried to write the obituary for Tom Brady’s NFL career. Over the years, time after time after time, he has shown back up and proven to all of us how wrong we all were. But last night, Tom Brady, and his performance was one of the worst performances that we have seen from Tom Brady in primetime this year, which all of them pretty much in primetime have been bad. And the overall significance is, it used to be that you could never give Tom Brady the ball late and feel like you had any chance at all of emerging victorious.

“Look at what happened against the Bears. Brady got the ball back, I believe that was a Thursday Night Football game in primetime, and he didn’t know what down it was. What happened last night? Brady threw the ball, I think it was late in the third quarter, the ball got batted back to him and he tried to throw it again. That’s an incredibly stupid play. Because if that ball had gotten picked off, they could have declined the penalty. Once the ball gets batted back to you, you have absolutely nothing to gain by ever throwing it again. That’s a dumb play for a high school quarterback to make. It’s an insanely dumb play for the greatest quarterback of all time to make. I don’t know what he was thinking. Was he thinking that maybe they didn’t see the ball got batted? That the entire officiating crew, and every player on the field, and also all of the cameras that he was going to get away with trying to throw the ball again. He may have gotten away with a fumble in the endzone.

“Also, the two interceptions were atrocious. The throw that he made that got picked off at the end of the game, there was no need for it. He floated the ball. He can’t push the ball down the field all of a sudden. Couldn’t handle the blitz. It used to be Tom Brady ate you alive if you blitzed him. It used to be he would rip your heart out with a deep ball at the absolute worst time. His accuracy is not there. He is not playing well. And if you start to go back and look at all of these throws, what we are learning is this Bucs offensive line is not elite. They are not protecting him like he’s used to being protected. There’s a lot of talent on this offense, and they’re not able to make everything work.” 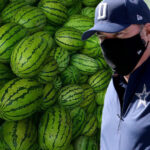 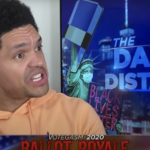