The Los Angeles Dodgers fell to the Braves 10-2 in Game 4 of the NLCS and appear all but done at this point.

“I can’t help but feel sorry for Clayton Kershaw. Because there’s really no example that I can even think of, for who Clayton Kershaw is like when it comes to the postseason, just falling apart. His 11 and 12, I believe, is the record now all-time in the postseason. And he’s obviously pitched in a lot of big games, but he has never been able to replicate the success that he has in the regular season in the postseason.

“And all the Dodger fans out there after that first inning on Wednesday felt like they were back in this series. And I was having this conversation on Fox Bet Live yesterday with Cousin Sal and he was saying, ‘Oh, I’m betting on the Dodgers because they’ve got Clayton Kershaw on the mound.’ And basically, that’s a 50/50 proposition even when you feel like Clayton Kershaw should have a tremendous advantage like he does because the Braves are trotting out a guy who’s never really pitched in a big game. Period. And suddenly, he’s in Game 4 of the NLCS and that guy, Bryce Wilson, 22-year-old pitcher, doesn’t have any experience at all. And he throws a one-hitter when he’s out there for six innings. The one hit is a home run for the Dodgers, but then the Braves fight back and take command of this game. Clayton Kershaw, everything just kind of comes undone for him in the bottom of the sixth inning. And from there, the Braves are now in an incredibly commanding position with a 3-1 series lead that I don’t think anybody, Braves fans or Dodger fans, really expected to see happen in Game 4. I think most people, if they are being honest, if they are Braves fans, they expected for the Braves to lose this game after the way Game 3 went. And I think most Dodger fans, even given the star-crossed career of Clayton Kershaw, expected to also win this baseball game and for it to be a 2-2 series going in with three games left. Now, I’m not saying the series is over. Certainly, the Dodgers could win on Friday, Saturday, Sunday. They’ve won three games in a row several times over the course of this season. They could certainly do it to the Braves.

“I don’t know if I’m the only person out there who is rooting for the Braves but also simultaneously likes Clayton Kershaw and hates that the storyline for his career. This guy is probably the best pitcher of his generation, and he can’t quite get over the hump.” 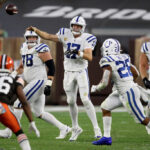 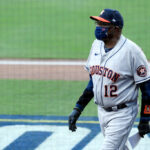