The media has overreacted to positive COVID tests in both the NFL and college football. It doesn’t matter who tests positive or whether they ever had symptoms, there are media members who will instantly claim that sports need to be canceled.

“Were you aware that every single Titans player who tested positive for COVID is now 100% healthy and back playing football? None of them had a single major issue at all from having COVID. And it’s not just the Titans. Probably the answer is you didn’t know that. The only reason I know it is because I’m on the Titans mailing list, and every time they take somebody off their COVID list, they send out an email to everybody on their email list. And I was like, ‘Oh wow.’ Every single player who tested positive for COVID is now off the list and is eligible to play against the Pittsburgh Steelers. No major health concerns. No major health issues. Same with everybody on staff. And that’s not just the Titans. That’s every major college football team in the country. That’s every NFL team, too. Remember all the fear porn, all the panic, ‘Oh my God, these guys are gonna get so sick.’ First of all, nobody’s getting sick from actually playing athletics. Whether it’s the Major League Baseball, whether it’s the NFL, college football, there hasn’t been one single transmission of COVID that was tracked to a sporting event that has happened so far. Not one in the NFL, not one in Major League Baseball. Not one on college football, not one in any of the sports.”

AM @outkick with @jonmorosi & @TheLanceTaylor on the NFL, the Big Ten being back, & the World Series. Plus, why do positive tests for covid in sports all get treated like death sentences when everyone is completely fine? It’s absurd. Listen & subscribe: https://t.co/jEdVeVQzau 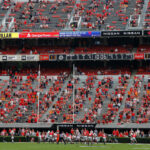 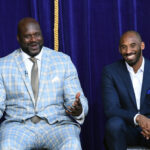