Former Sacramento Kings announcer Grant Napear joined Clay on the Wins & Losses podcast to discuss his firing over an “All Lives Matter” tweet, the support he received privately, and more.

Clay: “In the space of 48 hours after you send a tweet that says, ‘All Lives Matter. Every single one!!!’, you lose your entire career. What was the private reaction? You know everybody. You know a lot of people really well in the NBA with the amount of time that you spent in the league coaches, players, executives. What was their private reaction versus what the public reaction was? Because I can give you what I bet the answer is. I bet, privately, a lot of people said this is very wrong. I bet, publicly, very few of them said it.”

Grant Napear: “You are 100% correct. Privately, I’ve kept every single voicemail. I’ve kept every single text message. I have kept a diary of every single person that called me. And privately, the reaction was unbelievably supportive. Former players, some current players, former coaches, former executives, I can go on and on. Many, many, many, many of my colleagues around the NBA, both local and national announcers. Like you, I have developed quite a bit of contacts through the National Football League and the National Hockey League. I received calls from people in no sports. Privately, it was absolutely unbelievable. It was incredible. Publicly, because everybody was so scared of losing their jobs or being labeled, there was nothing publicly. There was nobody and I had so many of my colleagues call me up and say, ‘Grant, I can’t believe this. This is so wrong.’ And they would say, ‘I just want you to know, I can’t say anything publicly.’ And I would say, ‘I get it. I completely understand.’ You don’t want to be labeled. You don’t want to lose your job. You’re fearful. You can’t speak how you honestly feel because if you do, the same thing is going to happen to you that happened to me. And so publicly, it was silence, just absolutely silent.”

Listen to the full podcast below! 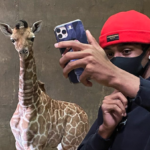 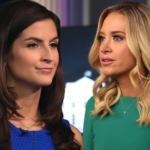