Clemson’s Dabo Swinney and Florida State’s Mike Norvell are in a bit of a standoff. Florida State pulled the plug on their game against Clemson three hours before kickoff last Saturday, so Swinney took a shot at the Seminole program. Norvell then fired back.

Clay weighed in on the ACC trash talk this morning on OutKick and explained why Dabo would be so upset about Norvell’s comments.

“For instance, think about what would happen if Michigan did this to Ohio State the morning of the game between Michigan and Ohio State. If Michigan suddenly said, ‘Oh, you know what? We don’t want to play this game anymore.’ There would be mass outrage if that were to end up happening. And then on top of it, if you had coaches sniping back and forth, and each of them was trying to score points — because you know everything that Mike Norvell at Florida State said was basically an underground subterfuge, kind of trying to make Florida State look like the good guys and Clemson look like the bad guys. As if Florida State cared more about the health of their athletes than Clemson did. And I guarantee you that’s what got Dabo Swinney fired up. I guarantee you. Because you can criticize a program a lot. And trust me, I talk about college football all the time, but where coaches will really get mad is if you say they don’t care about whether their guys are safe or healthy. And I think a lot of parents out there will understand it. There’s something big about taking somebody’s 17- or 18-year-old son and saying, ‘Hey, you send them to campus with me. I’ll keep them safe, and I will turn them into an adult.’ Whether you want to accept it or not. That’s a big part of what college football is.” 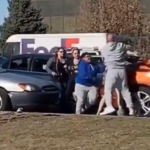