The NFL playoff picture is starting to take shape, but there are still some games that could decide whether teams like the Ravens or Colts find themselves in the postseason.

Clay broke down the playoff picture as it stands, ahead of the Ravens at Steelers game on Wednesday.

“If you’re wondering what the playoff picture would look like in the NFC, everybody’s got 11 games in, at least, and a few teams have 12 games that they’ve completed. Because the Bucs, for instance, have their bye week this week. But the Saints at 9-2 are in, really, pretty good shape to win the NFC South certainly, and potentially to be the overall No. 1 seed in the NFC. The Seahawks are in the second spot, followed by the Packers in the third. Ridiculously enough, we’ve got the Giants in the four spot. And then we’ve got the Rams, the Bucs, and the Cardinals as the three remaining playoff teams. With the Vikings, the Bears, and the 49ers on the outside looking in at 5-6, trying to hopefully fight their way into the playoff.

“But if we were playing right now, we would be breaking everything down. This is what the playoffs would look like. In the sixth seed, you would have the Arizona Cardinals going on the road against the Seahawks. So, we would get the rubber match there. It would be the third matchup between those two teams. And then you would have the Green Bay Packers hosting the Tampa Bay Buccaneers. That would be a pretty intriguing game. And then, I don’t think this is a bad draw at all, the Rams would go on the road against the Giants. They would get the best and easiest matchup of anybody in the Wild Card rounds at all. And so, as you’re breaking down where the playoff picture would go, remember that the NFC East is so bad that, in addition to the fact that everybody is going to want to get the No. 1 overall seed, that you actually have a lot of teams that in the Wild Card would be angling for that No. 5 seed because it’s actually a lot easier, as you break it down in general there.

“And so, you’ve got, in the AFC, the Steelers as the one seed, Kansas City Chiefs as the two, Titans as the three, the Bills as the four, Browns as your five seed. And the Titans and the Browns. (Who would have ever believed the best game in the NFL for next week might actually be the Titans hosting the Cleveland Browns?) Then you’ve got Miami as the six, and in the seven seed, you’ve got the Indianapolis Colts. And we’ll have to wait and see what happens with Baltimore because, obviously if they were able to pull off a huge upset over the Steelers, they have the tiebreak over the Indianapolis Colts. And they would knock the Indianapolis Colts out of the playoffs with five weeks to go.” 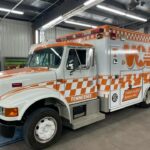 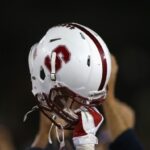