Jason Whitlock joined Clay this morning to discuss what happened in the NBA over the weekend with Montrezl Harrell and Luka Doncic.

Harrell called Doncic a “Bitch ass white boy,” during a time when the NBA is spending a lot of energy focused on race equality and politics.

Should Montrezl Harrell have been fined and/or suspended by the NBA for calling Luka a “bitch ass white boy?”

“I will say this, I think the NBA has set a precedent whereby they need to find or suspend Montrezl Harrell if they want to treat everybody evenly. But, I actually think that the way this thing played out, Montrezl Harrell is fired up and says something dumb on the basketball court and later apologizes for it. Luka says, ‘Hey, whatever. Like, I didn’t care,’ even though it seems like it clearly motivated him. Isn’t that the way things should work, right? In an ideal universe of sports, as opposed to the precedent that the NBA is set up that this is the way things should work? No harm, no foul, people are tough. This is what sports are about. Sometimes in competition, people say things that they get fired up about, and ultimately they don’t reflect all of their character to the nth degree, and we just move on and watch a good basketball game?”

“Without question. I look at what Montrezl Harrell did, and I’m a fan of Montrezl Harrell. Love him as a player, love his energy, love his emotion, love how much he cares about the game. But a point a larger point I make today is a racist act, and again, clearly his slight, there was a racial connotation to it. There’s just no question, but a racist that doesn’t make someone a racist person. It makes them flawed, stupid, people lose judgment, people do things all the time that aren’t reflective of their character. You know, I just think of myself as a Christian and how many times my behavior lapses and doesn’t show me to be a perfect Christian. You know, again, I’ve made no secret of the life I’ve lived. I got baptize you know, I was six or seven years old, maybe eight years old. And you know, you could find me, and again, I considered myself a Christian most of my life. You could find me in a lot of strip clubs. You can find me a lot of things that aren’t consistent with being a Christian. But I think if you evaluate my overall journey, and the way that I treat people and the way that I’ve tried to conduct myself, I feel good about my journey and who I am.

“And so look, I’m not excusing racist people that do calculated racist acts, but sometimes people just make mistakes and people do things that contradict who they really are as a person. And so, I love the way that Montrezl and Luka handled this. I do think it’s the way things should be handled. And I think that instead of we’re always trying to cancel people. And I was consistent with this when Riley Cooper got in that problem when he was with the Philadelphia Eagles, and I love the way that Michael Vick and the Eagles locker room handled Riley Cooper. It’s the media that don’t want athletes and sports teams to work through these complicated racial issues and help people along on their journey to help them better people. The media and social media in particular, want to cancel and end people and banish them to a place where they’re no longer respected, no longer a part of the community. It’s a mistake. Harrell and Luka are great examples of how you handle these issues.” 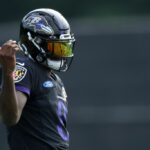 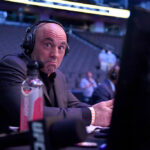