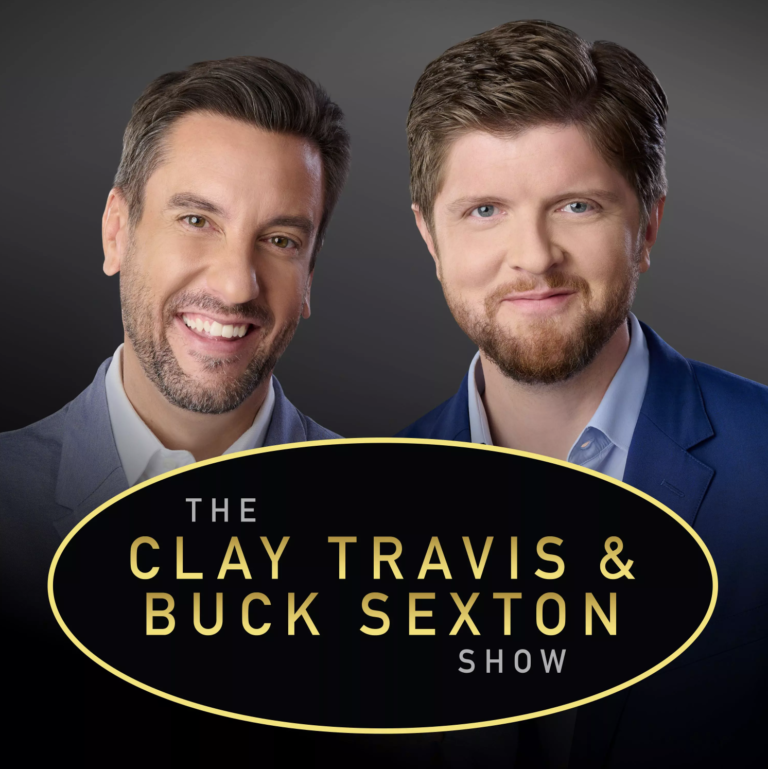 Inspired by Rush Limbaugh, Clay Travis and Buck Sexton carry on a new form of broadcast excellence in the tradition of the late radio icon as they tackle the biggest stories in news, politics and current events with intelligence and humor. From the border crisis, to the madness of cancel culture and far-left missteps, Clay and Buck guide listeners through the latest headlines and hot topics with fun and entertaining conversations and opinions. 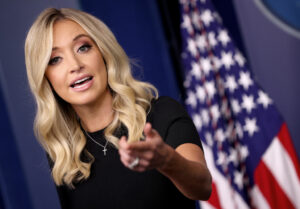 “I’m gonna take a very reserved guess and say 110% he’s going to run.” Those were the words of former White House press secretary Kayleigh McEnany on whether she thinks Donald Trump will run for president in 2024. “I can’t imagine a scenario where he doesn’t,” McEnany tells Clay Travis and Buck Sexton. “You know, More 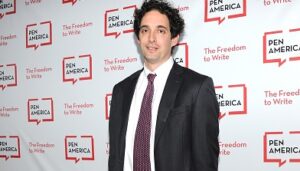 Novelist and realist Alex Berenson joined The Clay Travis & Buck Sexton Show on Wednesday to talk COVID-19, and he predicted another winter wave is on the way — in spite of the highly praised and occasionally mandated vaccines touted by the Biden administration and left-leaning mainstream media. “I think we’re gonna see this wave More 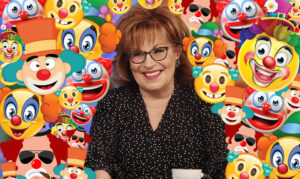 Our friend Joy Behar, one of the angry ladies on The View, has had an idea: Let’s “tweak” the First Amendment and Second Amendment so as to outlaw AR-15s. On the Clay Travis and Buck Sexton Show, Clay responded to Behar’s idea by insisting that she be put on the Mount Rushmore of Stupidity. “I More 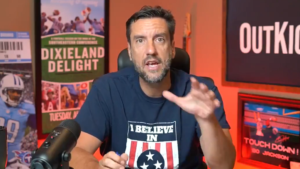 Clay Travis: Jury Got It Right In Kyle Rittenhouse Case

Kyle Rittenhouse was found not guilty on all charges, as OutKick’s Bobby Burack relayed, and that was the right decision by the jury in the highly publicized trial, Clay Travis said on the The Clay Travis & Buck Sexton Show. “It makes me feel good as a lawyer and in the American judiciary system that More 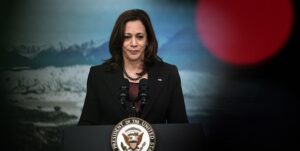 Clay & Buck: Kamala Harris Speaks, Shows Why Her Approval Ratings Are In The Dumps

It’s safe to say Clay Travis and Buck Sexton were less than impressed with Vice President Kamala Harris and her appearance on ABC’s Good Morning America on Thursday. “Kamala Harris was on Good Morning America, and if you ever wondered to yourself, ‘Why is Kamala at 28% approval?’” Buck said on the Clay Travis & Buck Sexton Show, as Clay chuckled in the background. Basically, Harris said so little, gave so little insight, that Americans likely felt that their morning wasn’t good. More like bland. EXCLUSIVE: Asked about the steep rise in inflation by @GStephanopoulos, VP Kamala Harris says bringing down the cost of living is “one of the highest priorities actually, for the president and for me.” https://t.co/38sK1CWxSX pic.twitter.com/W6nY6crkIR— ABC News (@ABC) November 18, 2021 “Well, she said she wants to bring down the cost of living,” Clay said. “Right now, all of the Biden administration’s policies would directly increase the cost of living through a spiraling inflation rate that is most impactful on the poorest among us. “And Kamala Harris can’t even really make an argument at all. She sounds like somebody who’s gotta give a book report and knows that she has to talk for a certain […] 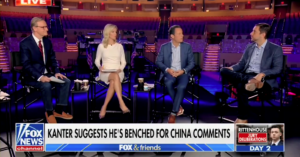 OutKick founder Clay Travis joined the “Fox & Friends” team live Wednesday morning from the stage at the Patriot Awards being held tonight at Hard Rock Live in Hollywood, Florida to talk about the Enes Kanter story that continues to dog the NBA. Kanter, on the Celtics roster, has suggested that he’s not playing — More

Among the major market affiliates are: