Last night’s presidential debate exposed the American media as Nero, the Roman emperor who according to legend played the fiddle as fires reduced 70 percent of his country to rubble.

The mainstream media desperately try to frame President Trump (or any sitting president the media deems unworthy of office) as Nero, when in reality the Fourth Estate rules the priorities of the American public. The media are the Supreme Court of public opinion. Our power is protected by the First Amendment, and our importance to a well-run constitutional republic was articulated by Founding Father Thomas Jefferson.

“Were it left to me to decide whether we should have a government without newspapers, or newspapers without a government,” Jefferson said, “I should not hesitate a moment to prefer the latter.”

The death of newspapers is killing America. Our country is rudderless without a healthy and deliberate newspaper industry serving as our watchdog. Reflective and nuanced journalism, the hallmark of traditional newspapers, has been replaced by instantaneous analysis and clickbait, the tent poles of social media.

FOX News host Chris Wallace is the focus of an avalanche of criticism today after his pot-stirring, one-sided performance as debate moderator. Wallace was bad, but I don’t blame him. He dutifully adhered to the dictates of the new Fourth Estate, Twitter.

Anyone unwilling to comply with Twitter standards isn’t a candidate to play the role of presidential debate moderator.

Our country is burning. The global corporations holding the mainstream media’s purse strings have instructed their beneficiaries to distract the public while America burns to the ground.

Wallace played the role of Nero at the behest of corporate advertisers. The instructions given to Wallace and debate organizers were simple: 1) Create a choppy format that doesn’t allow either candidate to say anything of substance. 2) Escalate President Trump’s natural desire to be hyper combative. 3) Ask a series of pointless, race-related questions so that it appears you addressed the most important issue facing this country.

The 94-minute debate included seven questions tied to America’s racial dilemma, the problem that has our cities on fire and our country at the brink of civil war.

Tuesday’s debate centered on race. Wallace did all he could to make sure the discussion of it avoided the heart of the problem — the violent fascist behavior of Antifa and Black Lives Matter.

Twitter and the media want you to believe Trump’s call for the Proud Boys to  “stand back and stand by” was a critical moment revealing the president’s allegiance to white supremacy. Trump made the comment in response to Wallace and Joe Biden repeatedly asking him to denounce white supremacists and militias.

Trump initially said “Sure. I will do that.”

Why wouldn’t he? He’s done it previously. It’s the equivalent of saying “I disavow cancer.” He then asked for a specific name of a group that Wallace wanted him to condemn. Wallace didn’t give him one.

People claiming an association to Antifa and BLM have created the appearance that Antifa and BLM are domestic terrorist organizations akin to the KKK.

The Proud Boys? I spent a couple of hours last night researching them. I’ve heard of them, but I know very little about their activities. They were in some way connected to the events in Charlottesville three years ago. What happened in Charlottesville was bad. Does it in any way compare to the pervasive, daily violence and criminality we see in the name of Antifa and BLM?

I’m not here to defend the Proud Boys, a multi-racial group. But let’s quit pretending they’re as big a problem as Antifa and BLM.

The entire debate last night should’ve been about Antifa and BLM and how we shut down the violence and mayhem associated with those two groups.

If you go to Antifa.com, it redirects you to Joe Biden’s presidential campaign website. I’m not lying. There are numerous reports that financial donations to BLM go directly to the Democratic Party.

The KKK was started in 1865 as a direct result of the Emancipation Proclamation that freed black slaves. The KKK served as the violent enforcers of the Democratic Party, the political party that supported slavery.

History is repeating itself. When you don’t learn from it, it repeats.

Last night Joe Biden said that he is the Democratic Party. Why didn’t Chris Wallace ask Biden to disavow Antifa and BLM, the violent enforcers of the Democratic Party? Biden called Antifa an idea, not an organization. Ideas are breaking windows and burning buildings in Portland? How much more violence and racism do we have to see from Antifa and BLM before the American media acknowledge their wickedness?

BLM and Antifa have destroyed lives and livelihoods all across this country. They’ve created a climate of fear and racial animosity. They’re trying to reduce America to rubble while falsely claiming they want to promote racial harmony.

The American media are as complicit in this country’s fall as Nero was to Rome’s. 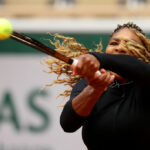 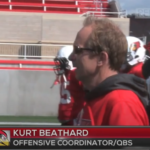