In case you missed it, Bears wide receiver Javon Wims wound up and socked Saints safety Chauncey Gardner-Johnson, who was wearing his helmet, during Sunday’s game between Chicago and New Orleans:

While it’s certainly ironic that Gardner-Johnson took to Instagram to accuse Wims of capping for the Gram, it’s fair to say at this point that this could be one of those years-long receiver/secondary rivalries.

Meanwhile, Ian Rapoport reports that Wims could face a suspension from the NFL for throwing the punches at Gardner-Johnson:

While other disqualifications this year have not resulted in suspensions, the difference is those actions occurred in the course of normal play. This from Javon Wims did not. Possible suspension coming. https://t.co/VFdwxLleAi

We will keep you updated if Wims does wind up suspended.

Update: This Zapruder-like analysis of what led Wims to punch Gardner-Johnson is some impressive internetting:

Wims is subbed out and therefore cannot retaliate on the next play. But he’d have a problem if he was in because his mouthpiece is still on the ground! pic.twitter.com/RzsHVcIxsY

After an entire Saints drive where Wims was stewing on the bench for 11 real life minutes, Wims retaliates on the first play of the next drive. He tries to rip CJGJ’s mouthpiece out, but he is unsuccessful. That’s when he decides to throw a punch which… is also unsuccessful. pic.twitter.com/OJN6Uwuaxo

he sat on the bench for 11 minutes thinking “he took my mouthpiece so I’m gonna get HIS.”

Then he didn’t even get it and instead threw punches at a helmet.

Update: The NFL announced that Javon Wims has been suspended for two games: 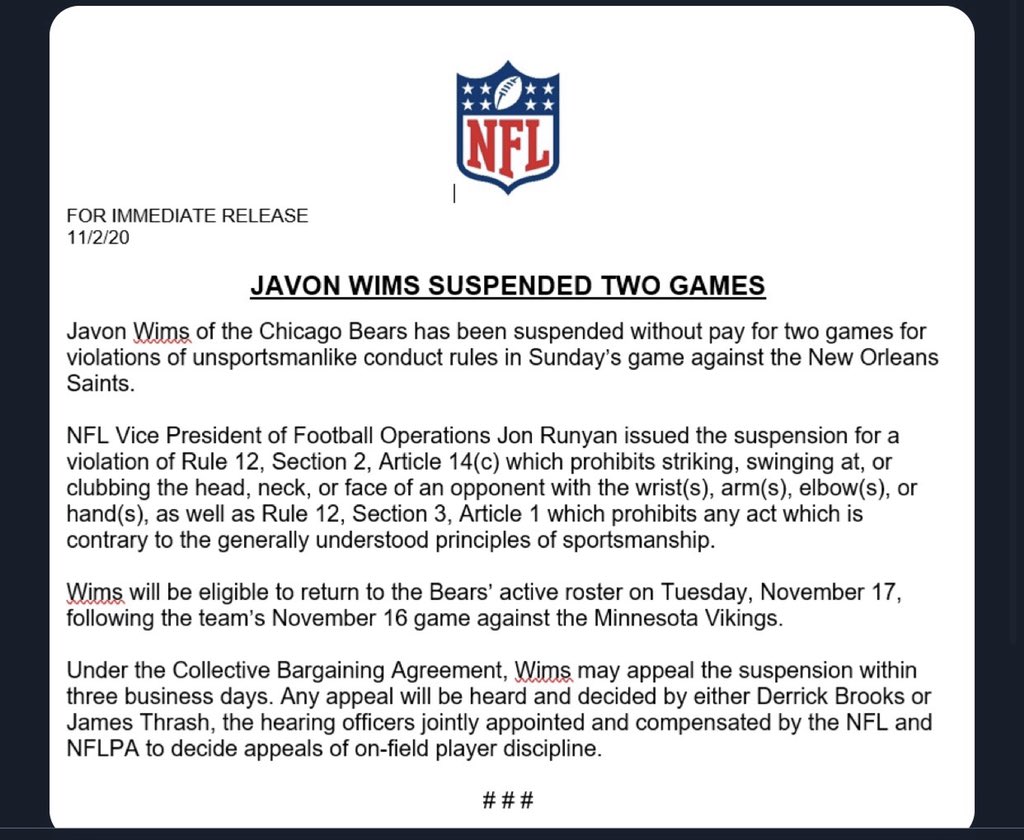