It took just five words during a video message from Charlotte FC owner David Tepper to fire up a soccer-starved city that had packed Bank of America Stadium.

“Let’s get this party started,” the owner announced as the crowd went nuts and the team’s entertainment team launched into a light show before Tepper’s new franchise — he also owns the Panthers — took the field to play the Los Angeles Galaxy in front of 74,479 fans, which set a new single-game MLS attendance record.

Saturday was a huge day for Charlotte. It signaled the beginning of 17 home matches the home team will play between now and October 1. After Saturday’s incredibly successful party, that leaves Tepper and downtown business opportunities 16 more chances to throw a party, which they handled quite well in their debut.

My trip mission? Dive in head first and find the party that I was promised.

Let’s get to the highlights from Charlotte FC’s party:

Tepper, who has been a target of the usual suspect Big J lib libs because he reportedly has a set of brass balls in his office and he’s been incredibly successful on Wall Street, began the night at a VIP party outside BOA Stadium. Wearing black New Balances and black Levi’s like a regular Joe middle America dad going out on a date with his wife to an Outback Steakhouse, Tepper mingled with MLS dignitaries and enjoyed slices of pizza while taking photos with kids and the business types who came to shake the man’s hand.

And he’s been promising to turn Charlotte FC matches into parties ever since landing the franchise.

“We’re going to have one big party all season long! Every game. Every game a party,” Tepper told fans in 2019 upon learning Charlotte had been approved for a franchise.

While Charlotte will never be accused of being a classic British soccer city with traditional brick pubs and vintage places to have a pint like you see on TV, it does have the Brevard Court area where Irish pubs mix with traditional taverns to give fans staying downtown a place to pregame.

Or there’s the traditional tailgating route, which tens of thousands of fans decided to do on a sunny, 70-degree day behind BOA Stadium by the Panthers training facility. It’s as traditional as it gets. You show up with a case of beer and you mingle with friends. Want some food? Hit up a food truck or make friends with someone who has a grill going.

If there was one thing to critique about the tailgating atmosphere it was the lack of porta potties for 75,000 fans. Let’s just say lot owners (no idea who that might be) need to invest a few of those parking dollars so people can do their business and get back to partying.

• Domestic bottles outside the stadium were $4 at multiple bars 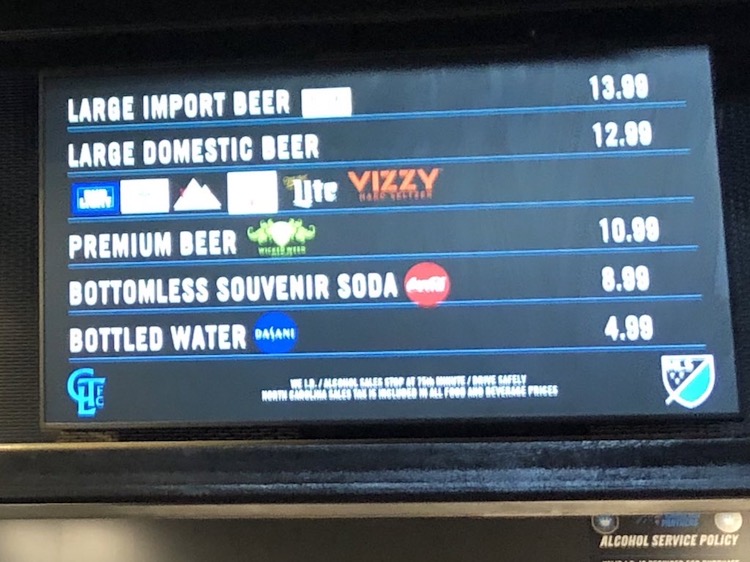 Remember, it’s a big football stadium, but Tepper has spent a few dollars to add rows of those comfortable club seats you’ll see the English Premier League bosses sitting in on the sidelines. Tepper also added a club called ‘The Vault’ where fans can watch the players march into the stadium. 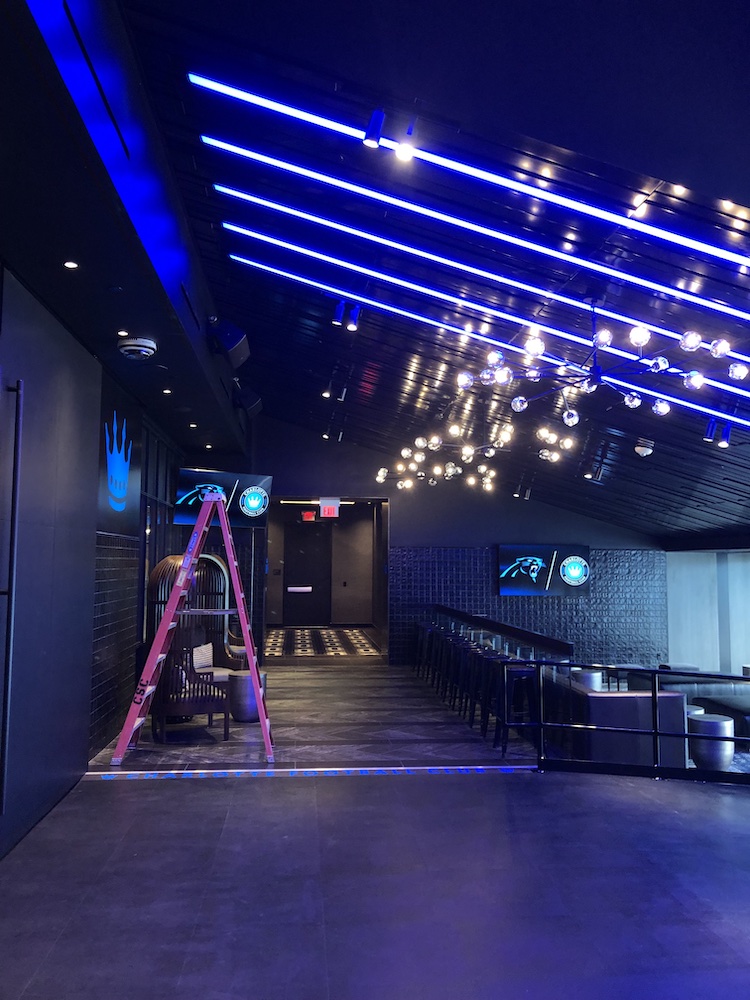 The players walk through those ‘Vault’ doors and onto the field: 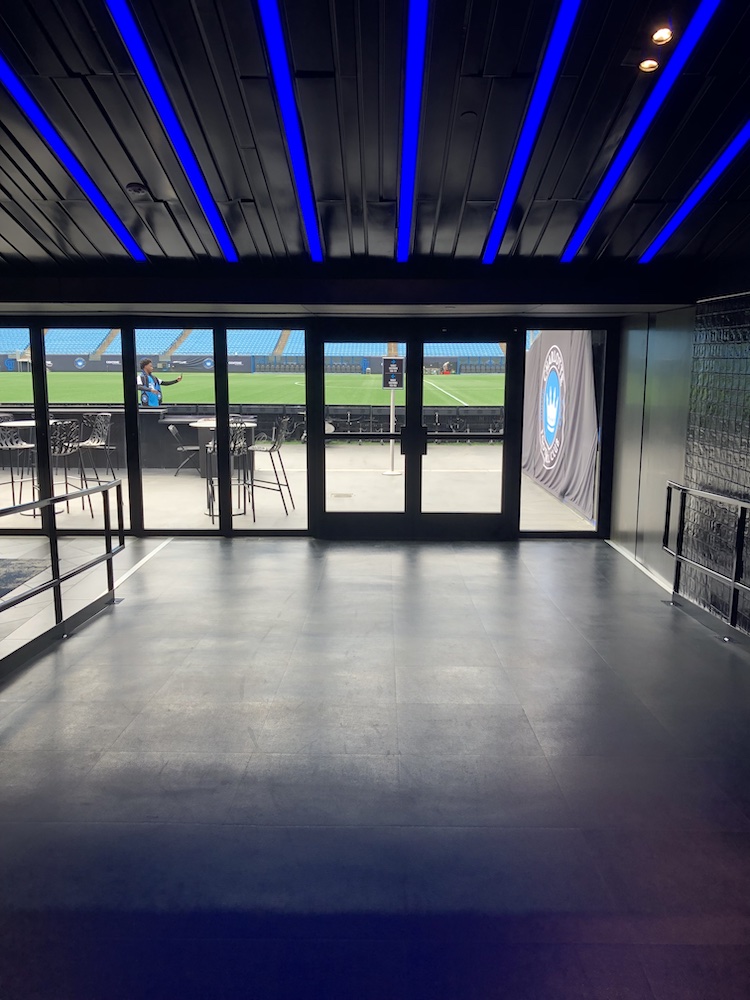 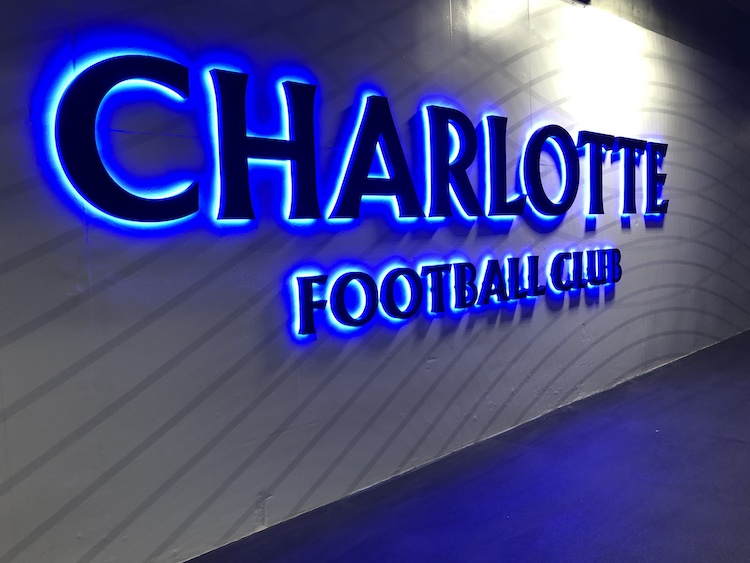 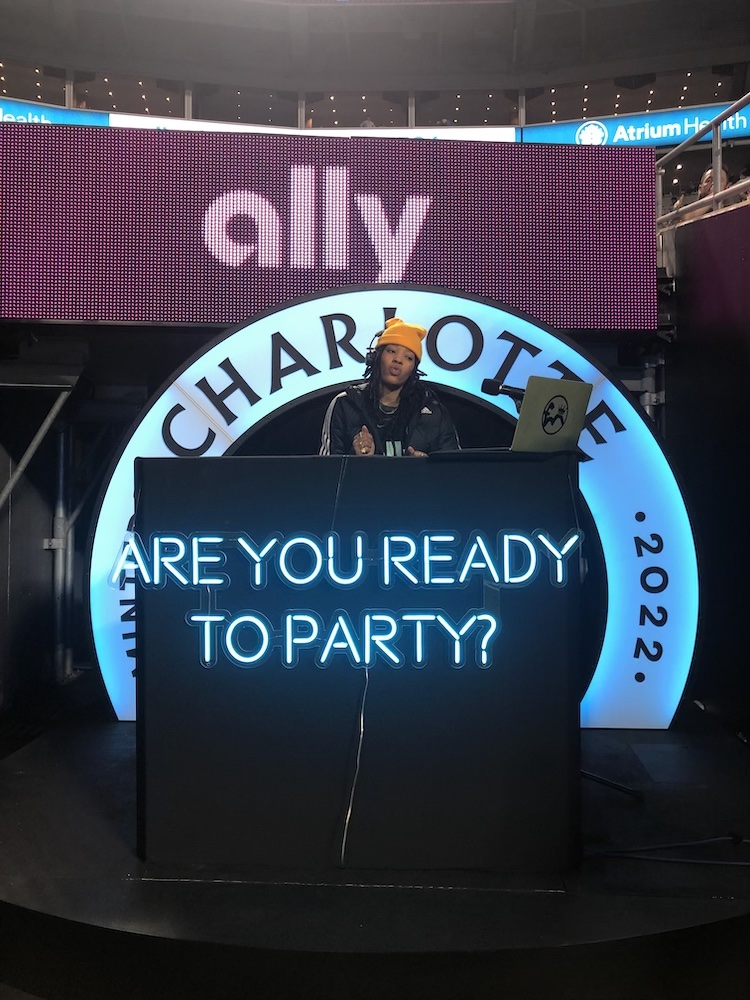 After hours of tailgating and getting primed for the biggest soccer night in Charlotte’s history, Tepper’s team fired off one of the great light shows the city had ever seen. I don’t have previous pregame experience at MLS stadiums around the country to go off of in comparison, but it looked pretty damn cool to my uneducated eyeballs.

It felt like being transported to some college rave party. The fans were jacked up. The blood pressure was pumping. Fans were on their feet and Charlotte’s long day of partying just needed a national anthem before kickoff.

Charlotte trip recap: This city is going to throw many big soccer parties in the upcoming years. What an environment last night. pic.twitter.com/IWC4kiJ0Ch

Ahh, the national anthem. Bless Michelle Brooks-Thompson’s heart because she kept battling through a dead mic as 75,000 fans handled the job in one of those moments Charlotte will be talking about for many years to come.

Of course, it wasn’t Brooks-Thompson’s fault that the mic went out. These things happen. The logical call here is for the club to bring her back for another go at it.

The anthem singer’s mic went out here before the @CharlotteFC match but the fans had her back. pic.twitter.com/uHD0dyDrPU

It’s an expansion franchise! Look, could Charlotte FC use some scoring firepower? Absolutely. Did the goalie play his heart out in a 1-0 loss? Absolutely. Did Charlotte’s No. 1 overall draft pick 20-year-old Ben Bender (great soccer name with incredible marketing potential) out of the University of Maryland play inspired after coming on in the second half as a replacement? He sure did.

Again, from my uneducated MLS brain, it appeared Charlotte’s substitutes will be seeing more playing time after their effort late in Saturday’s loss.

Should you go to a match?

Listen, one team official I spoke to during the trip made it clear that $15 tickets will be available to each home match. Guys, we’re not talking about taking your family of four to an NFL game. We’re talking four tickets for $60, throw in $20 for parking, maybe a couple of beers for dad (mom’s driving), some food for the family and you’ve had a fun night out for under $200 and much less if you don’t dive too deep into the concessions.

Yes, everyone with a brain understands this isn’t the EPL or other leagues you lust over on Sunday mornings before NFL games. And for the I’m never going to watch an MLS game guy out there, give it a try. Chase sporting experiences. Chase parties. Try it on a Saturday night when Charlotte’s ready to unleash after another week of stressing out at work. Give Tepper’s crew one shot to win you over.

You just might find a party atmosphere you didn’t know you’d actually enjoy. 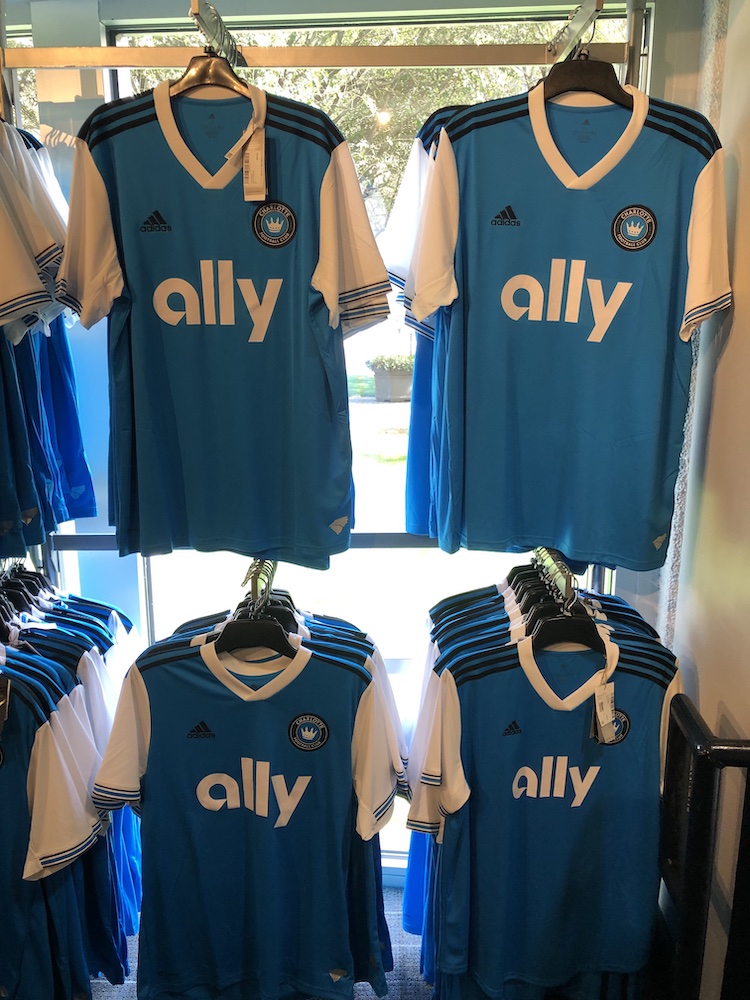 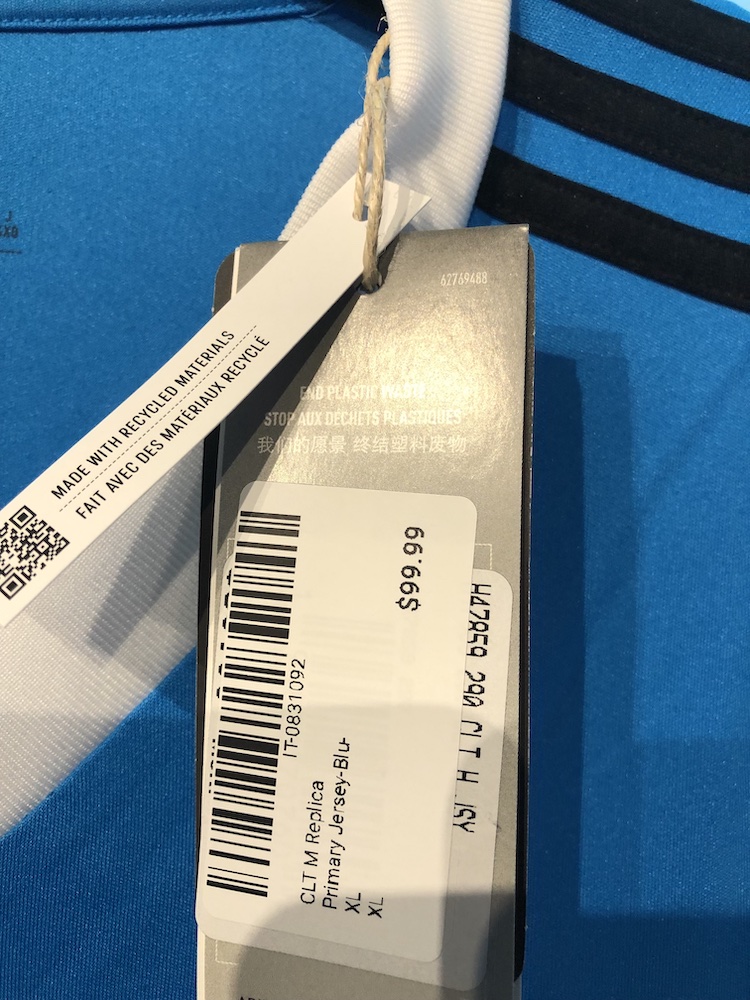 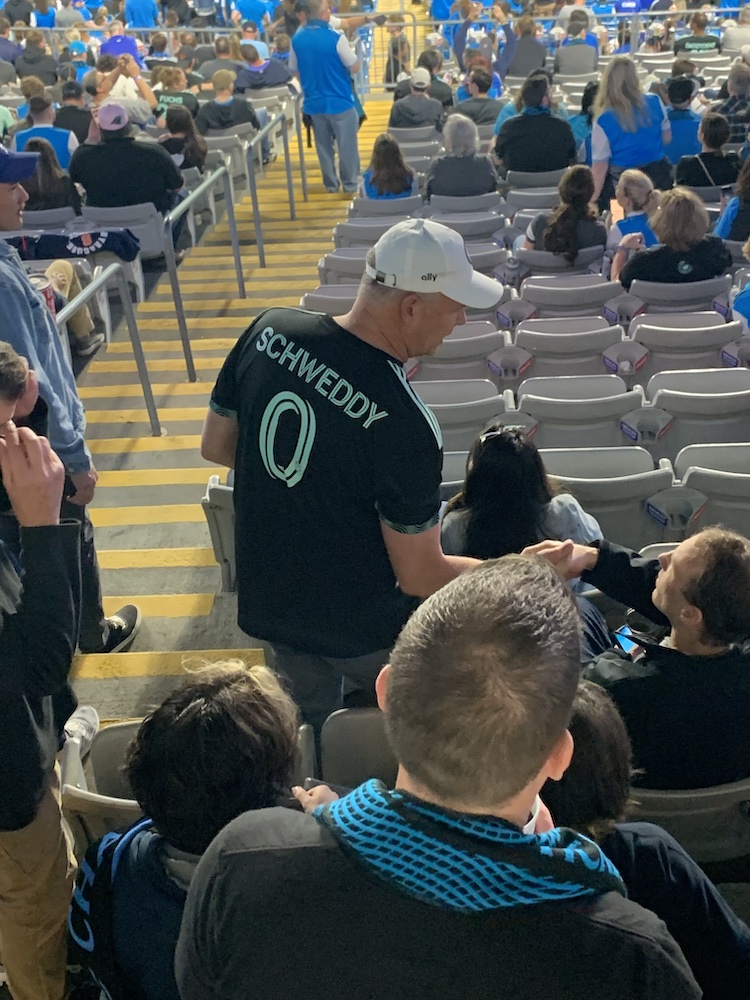