On the night of the NBA’s return, Charles Barkley delivered the most defiant and courageous gesture.

Shortly after members of the Pelicans and Jazz uniformly kneeled during the playing of the Star-Spangled Banner, Barkley opined:

“The thing is, the national anthem means different things to different people. I’m glad these guys are all unified, but if people don’t kneel, they’re not a bad person. I want to make that perfectly clear. I’m glad they had unity, but if we have a guy that doesn’t want to kneel or the anthem means something to him, he should not be vilified.”

Barkley’s utterance took far more courage than the donning of Black Lives Matter T-shirts, the equality slogans stitched on the back of jerseys and the orchestrated knee bending in deference to Black Lives Marxist.

In an effort to protect global expansion and global revenue streams, corporate America and Big Tech have mandated allegiance to Black Lives Matter. LeBron James, Adam Silver, Roger Goodell, the NFL and Major League Baseball have embraced BLM because their corporate sponsors have demanded it.

There’s no risk or courage involved in taking a knee in 2020. The disobedience and rebellion will be shown by the athlete, coach, executive or media member willing to defy his/her corporate overlord.

On the set of Inside the NBA last night, Charles Barkley flirted with civil disobedience.

Corporate America wants anyone who fails to obey its BLM mandate framed as a racist or a sellout. Thursday night Big Tech’s social media apps accused Barkley of tap dancing for The Man.

Oh, that’s right. President Trump is The Man. The understanding of the world’s problems have been simplified to the point that anything that opposes Trump is classified as good$ trouble and anything that doesn’t, well, you know… the resistance has a negative way of defining that behavior:

Standing for the national anthem does not oppose Trump, therefore, bad people stand for the anthem

Bad people criticize the people who kneel during the national anthem

Only an unabashed Trump supporter would question the righteousness of the fraudulent Black Lives Matter movement.

What about those of us who have legitimate concerns about BLM’s ties to Marxism, stated agenda to disrupt the nuclear family and its singular focus on the very rare instances of black lives lost to white police misconduct?

Good people love America and want to preserve the anthem as a moment of unity.

Some good people are not obsessed with Donald Trump. They believe America’s founding principles — the Declaration of Independence and our Constitution — limit any president’s ability to permanently damage the United States of America.

And you know what? Some good people think President Trump’s America First agenda is exactly what this country needs at this moment. They believe our culture has too much foreign influence and that American corporations with global aspirations could not care less about the average American citizen.

Some good people see BLM for what it is — a beard masking major corporations’ pursuit of foreign dollars. 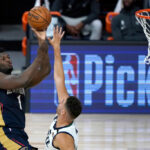 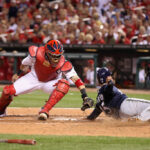